In a crisis of its own making, the DUP is still blaming everyone else

The DUP's demands have never been subtle, usually amounting to give us everything we want - or else. 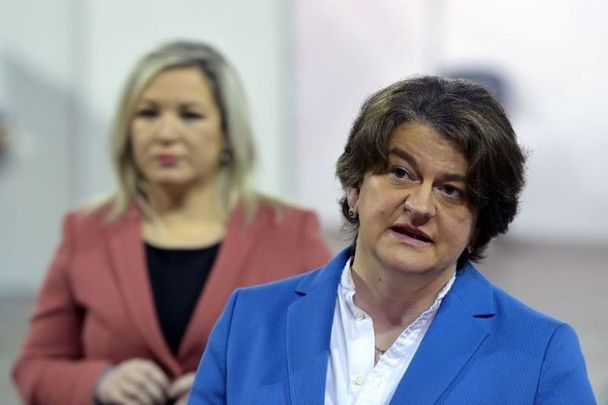 There is a way out of all the unwanted complications of Brexit for the people - if not the parties  - and sooner or later, that shoe is going to drop.

Like a nail pairing colonial governor in the last days of Empire, Northern Ireland's First Minister sat in her well-appointed living room this weekend and explained to camera that if Ireland unites, she will simply depart for England since that is where her loyalties ultimately lie.

It was an astounding admission, all the more so because she has made it publicly twice now, so there can't be any doubting that she means it.

Apparently Foster has no enduring attachment to her home place of County Fermanagh, or indeed the North of Ireland, other than perhaps a desire to rule it and be in the ascendancy it seems.

“Rationally and objectively there is no argument for a united Ireland,” Foster told RTÉ political editor Tommie Gorman in an in-depth interview at the weekend. But this will come as news to many observers, who believe the still-unfolding disaster of Brexit and the economic and political implications of the Northern Ireland Protocol make a united Ireland a far more realistic prospect than it has been in a century.

“Rationally and objectively there is no argument for a united Ireland” – Northern Ireland First Minister Arlene Foster speaks about the possibility of a united Ireland with Tommie Gorman in an in-depth interview. pic.twitter.com/pM2Cegj80a

For a community that has habitually feared what they call Trojan horse political plays from nationalists, such as the Irish Language Act, it is remarkable that they have themselves fostered, invited in, and signed on to a protocol that makes their political hand weaker as their concerns mount.

In the interview, Foster continued ominously: “There's great unease in the unionist – and loyalist – community around (the Protocol). I hear it every single day. They don't think their concerns are being listened to. I think there's a real sense of that at this present time, and that's dangerous, Tommy.” 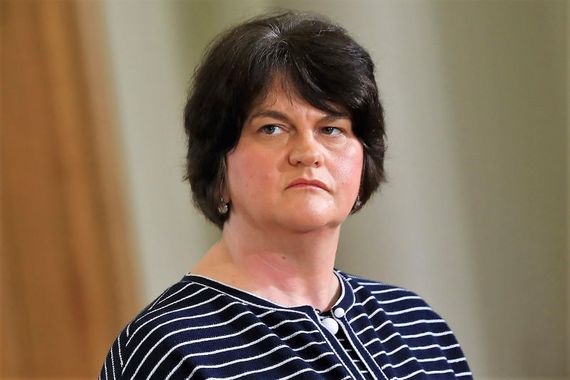 The DUP's demands have never been subtle, usually amounting to give us everything we want - or else. Former DUP leader Peter Robinson soon joined the belligerent chorus adding a warning of his own that unionism's opponents had better “take care.”

Here in the United States, that was read as a blunt threat on Capitol Hill. They know one when they hear one, after all. When the minority leader Mitch McConnell unpacks his most threatening language you can be sure you have wandered closest to his weakest spot.

The same is true for Ulster unionism despite all the smiles and eye-rolling this week. The fact is that the DUP under Foster has pursued a political path that the majority of Northern Ireland strongly oppose, with predictable and long-predicted results. To paraphrase Yeats, bewildered by an excess of love, they have actually helped to further their opponents' aims and weaken their own.

We now live in the new era between identifying the problems and responding to them radically, and unionism is no different. Seen as a backward anachronism by most young people for its high-handed and often theocratic identity politics, the DUP has said no not just to nationalism, but to women's rights, LGBT rights, minority rights, and just about every benchmark test of a modern pluralist society.

Arising from the sixteenth-century mindset of Ian Paisley, the DUP has long been seen as a party of “dinosaurs and bigots” with little to say to and less to offer the majority of voters in the North. 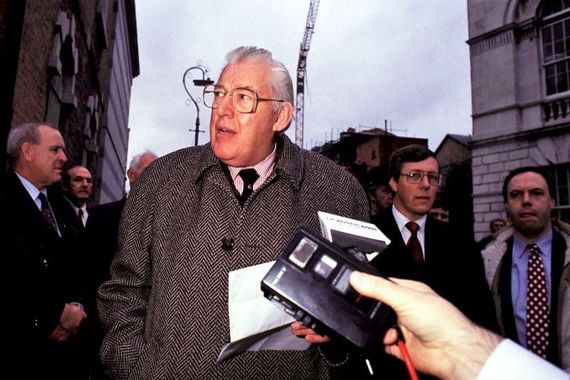 Ian Paisley in Dublin in 1993. (RollingNews.ie)

Constantly vigilant, fearing betrayal, abandonment, and the loss of their identity, to the DUP community, outreach usually feels like community surrender.

Belfast columnist Alex Kane put it succinctly this week in the News Letter: “Every time unionists attempted to articulate and explain their fears they were mostly written off as the usual old 'negativity and serial whinging from dinosaurs and bigots.' That seemingly serial inability to win friends and influence people has long puzzled me: yet it remains the case and continues to do unionism enormous damage.”

I'm not sure why Kane is puzzled, however. Having witnessed the siege-like politics of unionism and in particular the DUP for his entire adult life, how could he fail to notice that the pursuit of unvarnished supremacy is inimical to peace and not a welcoming political prospect?

Is forcing Boris Johnson to choose again between cordial relations with the European Union, Dublin, and the White House or the DUP a bet that unionism wants to take again? 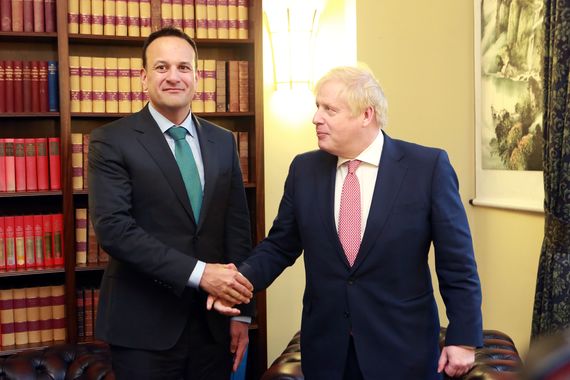 Having destabilized the North again in pursuit of a fever dream of English nationalism, one that it turned out had no use for them once their votes were cast, the DUP is once again floundering in a miasma of its own making.

Pointing fingers at the very people who repeatedly warned them of this precipice does no good. In the North, there is in fact a way out of the unwanted complications of Brexit for the people  - if not the parties  - and sooner or later that shoe is going to drop.