No one can have any doubt about whether or not they support Donald Trump by now, but "The Comey Rule" will make you think. 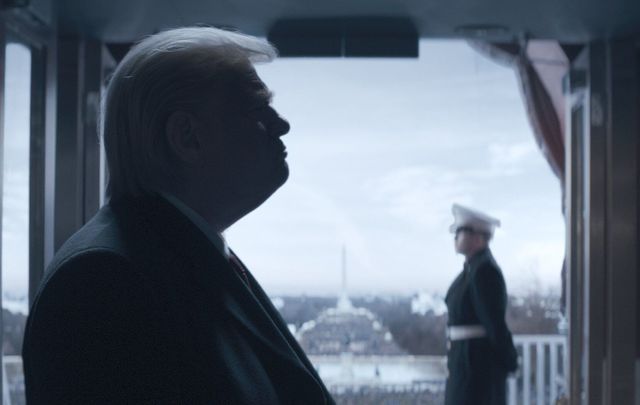 Brendan Gleeson as Donald Trump in "The Comey Rule." Showtime

What Showtime's two-part series "The Comey Rule" shows us is that our democracy has become a great deal more fragile under Trump's presidency than most of us suspect.

Based on the bestselling book "A Higher Loyalty" by the former FBI director James Comey, Jeff Daniels plays Comey as he squares off against Brendan Gleeson as Trump, in "The Comey Rule".

It's a clash of the acting titans in other words, with each man inhabiting his character so convincingly you'll feel you have a ringside seat for American history.

A definitive account of the 2016 presidential race between Hillary Clinton and Trump (and the chaos of his ensuing presidency), "The Comey Rule" is due to broadcast on Sunday, September 27, and Monday, September 28 on Showtime. 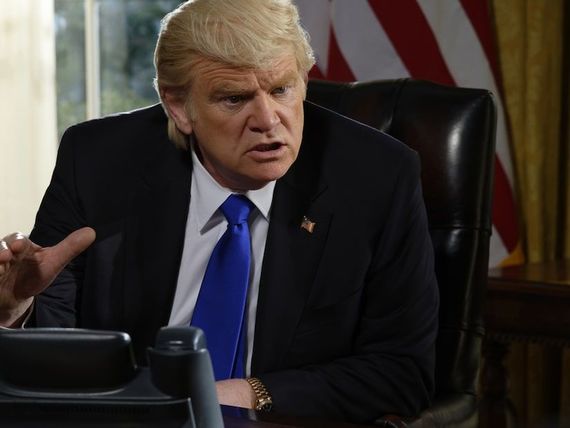 Brendan Gleeson as Donald Trump in The Comey Rule

So how hot is this new show? Well, Showtime first decided to broadcast it after the election to avoid any cries of partisanship, but then public outcry forced them to change their minds and it will now screen in late September.

That's lucky for all of us, because "The Comey Rule" lays out the facts and lets the viewers reach their own conclusions about the players.

Hang on to your hats though. The TV two-parter pulls no punches in telling the deeply disturbing story of the fractious election and Comey's consequential decision to publicly and personally announce the FBI investigation into Hillary Clinton's emails (which eventually found no evidence of wrongdoing or any criminal intent) just ten days before the 2016 presidential election.

Depending on which side of the aisle you support, Comey's announcement was either a principled investigation in unfortunate circumstances or an unforgivable political interference tantamount to an endorsement of Trump's Crooked Hillary narrative. 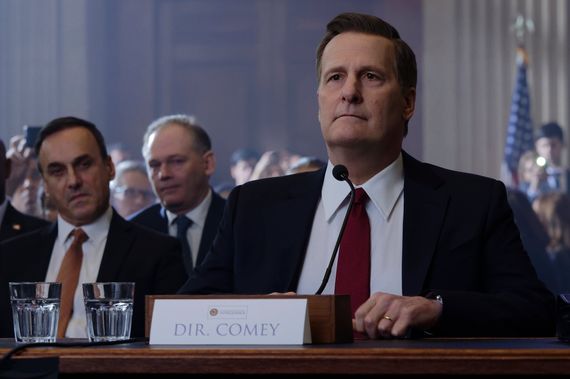 What "The Comey Rule" shows us is just how dramatic and life-changing the drama was behind the scenes for Comey himself, with the fate the election, the integrity of the FBI, and the political future of the United States all hanging in the balance.

The Comey Rule focuses on Comey as the man who became – again depending on where you stand – the most hated man in America or the man who willfully delivered the election to Trump, take your pick.

Although it's based on Comey's own book the series is by no means a heroic portrait, we see how Comey's ego sometimes gets the better of him, we witness how his insistence on doing things by the book clouds his awareness of their unforeseen effects on the nation.

The trailer has already shown us that Gleeson has Trump's physicality, hair, and sinus issues down, but the show will let you understand exactly what kind of man now sits in the oval office, and what the implications are for all our futures because he does.

Comey's book and the new series bring to life what we have to date only heard about in sworn testimonies, too. That the Russians really did hack the Democratic National Convention, they really did meet with the Trump campaign to offer their spy services, that they really did create factories of fake social media accounts to wage cyberwar on the United States to help swing our election, attacking Clinton and promoting Trump, bankrolling him through their oligarchs from 2013 onward, when no American bank would lend him a dime. 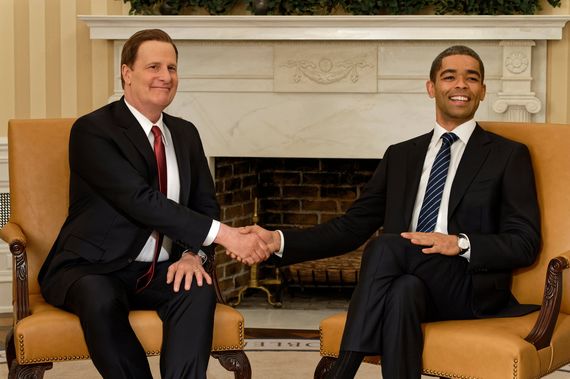 It's hard to take in the sheer scale of the Trump campaign's deep involvement with the Russians and their naked dealing with the top tier of the GRU, Vladimir Putin's secret service, but "The Comey Rule" shows us what transpired and it lets us work out the dire implications for ourselves.

For all it's gripping drama – and you will be unable to look away – there is an undertone of tragedy and sadness hanging over this two-part series.

Certainly, Comey's life hits a series of icebergs, each one bigger than the last, but abrupt endings to otherwise impeccable careers is a Trump specialty. “I want loyalty,” he says, like a mob boss, indifferent to the rule of law and the separation of powers.

There can't be anyone left who hasn't made up their mind whether to support Trump or Biden in the approaching election but "The Comey Rule" will still rattle you to your core. It's so effective because it doesn't make any claims that are not now public record, so there is no disputing Comey's words or actions at all. 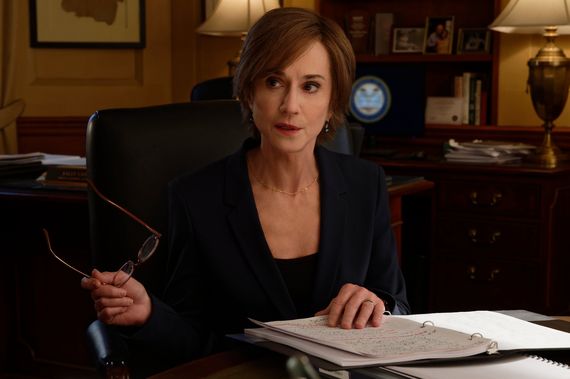 That's what makes this series unmissable television and one of the most important documents of exactly what happened in 2016 and what it means for America in 2020.

The press release for the show promises “an immersive, behind-the-headlines account of the historically turbulent events surrounding the 2016 presidential election and its aftermath, which divided a nation,” but "The Comey Rule" will deliver so much more than that, including a profound meditation on our laws and institutions and a sobering reminder of how much it all hangs on a knife-edge now.

The book tells us that the Russians played the long game. They didn't just want Clinton to lose, they wanted her to lose to a divisive and obviously bigoted man, an Archie Bunker throwback to upend any idea of political progress. Worse, they wanted a man who would divide not unify, a man who created an inner circle and let the rest of the nation go to hell. 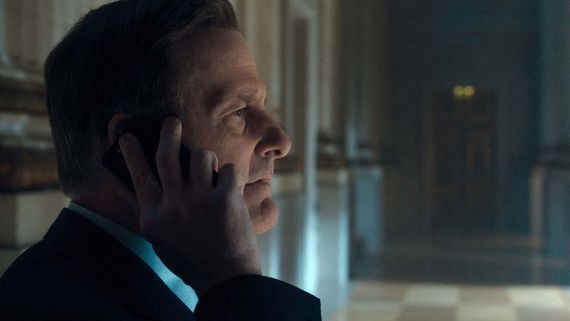 The world of international espionage and secrets agents isn't one of casinos and tuxedo's and James Bond gadgets Comey's book reminds us, it's mostly boring and incremental work and spies can only hope to make small changes in the course of history.

When Russian agents made a play for Donald Trump in 2013 they allegedly found ways to compromise him ensuring his loyalty and silence, the series suggests. That's why Trump has never uttered a single critical word about them or their leader Vladimir Putin, no matter who is poisoned, what country annexed or intimidated.

In fact what struck Comey's investigation team about their first face to face meeting with the Trump campaign was not only that they were not shocked to hear that Russia had attacked the U.S. election, but that they asked no questions about how to stop such attacks in the future.

Trump was Russia's moonshot, the once in a lifetime gamble that actually flew to and landed on the moon the show demonstrates. We now live in a nation where our president takes two hour-long off the record meetings with Vladimir Putin and then publicly blasts the FBI for suggesting that the Russians would have any reason to direct cyber agents to attack our elections (which they have and continue to do).

Gleeson is remarkable as Trump, showing his us weird fixations on the people he thinks are out to get him, his spitefulness, his obsessional dislike of the Obamas, his preference for the advice of Fox News anchors rather than political advisors, and his Cosa nostra loyalty code.

Brian d'Arcy James is predictably brilliant as the FBI second in command only too relieved to take the lifeboat before the real storm rages and Holly Hunter is principle personified as Sally Yates, the former attorney general who refused to sign off on the unconstitutional Muslim ban.

We now live in the nation that James Comey had a central, if unwanted, role in creating, and whether you will vote to continue living in this version could well be influenced by this powerful and powerfully affecting new series that asks hard questions – and necessary - of everyone who watches it.