In the latest "The Comey Rule" trailer, Brendan Gleeson is a dead ringer for President Donald Trump. 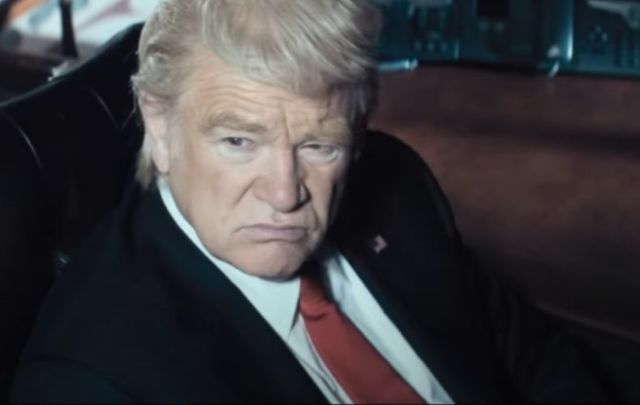 Showtime has released a new trailer for its highly-anticipated two-night miniseries “The Comey Rule,” which will air on September 27 and 28.

In the newly-released trailer, audiences get a better look at renowned Irish actor Brendan Gleeson as he takes on the role of US President Donald Trump.

“Nobody gets treated as unfairly as I do. It’s disgraceful," Gleeson, playing Trump, tells James Comey, played by Jeff Daniels.

“I need loyalty. I expect loyalty,” he adds.

You can watch the newly-released trailer for Showtime’s "The Comey Rule" here:

Showtime's "The Comey Rule" is based on Comey’s #1 New York Times bestselling book, "A Higher Loyalty: Truth, Lies, and Leadership," as well as more than a year’s worth of interviews.

According to Showtime, “The Comey Rule is an immersive, behind-the-headlines account of the historically turbulent events surrounding the 2016 presidential election and its aftermath, which divided a nation.

The mini-series “is not a biopic of one man, but is instead the story of two powerful figures, Comey and Trump, whose strikingly different personalities, ethics, and loyalties put them on a collision course.”

In July, Showtime had released an initial, shorter teaser trailer for "The Comey Rule," which you can watch here:

The two-night mini-series debuts on Showtime in the US on September 27 at 9 pm EST.

Will you be tuning into "The Comey Rule" when it premieres? Let us know in the comments, below!