Who is responsible for the downfall of DUP and First Minister Arlene Foster? The gays!

Some of Arlene Foster's DUP colleagues were reportedly "bitterly disappointed" that she abstained from a recent vote on gay conversion therapy. 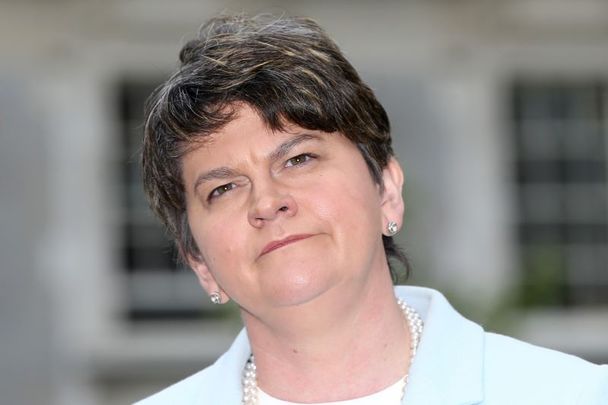 Arlene Foster in Dublin in 2017. RollingNews.ie

Who - or what - should the beleaguered Arlene Foster blame for her downfall? The Northern Protocol? The Irish Sea Border? Boris Johnson? Backstabbing colleagues?

Today, Vicki Hawthorne, a reporter with UTV, tweeted that she had seen a letter from a group of DUP councillors to the party Chair and Chief Executive.

“It lists 16 complaints about the leadership,” Hawthorne tweeted. “First refers to being 'bitterly disappointed' that Arlene Foster and four other MLA's abstained in the vote on gay conversion therapy last week.”

I have seen a letter from group of DUP councillors to party Chair & Chief Exec. It lists 16 complaints about the leadership. First refers to being "bitterly disappointed" that Arlene Foster & 4 other MLAs abstained in vote on gay conversion therapy last week. @UTVNews

So, facing the biggest threat to its future in one hundred years, the party grassroots are actually most concerned about gay rights, to wit that gay people don't enjoy them unchecked in Ulster.

This hostility to minority rights is so ingrained, so integral to what backwoods unionism is, that it even takes precedence even over unionism's continued existence. Is this politics or pathology?

That means the heirs of founding father Edward Carson, who prosecuted and ruined Oscar Wilde, still haven't learned the lesson of one hundred years. 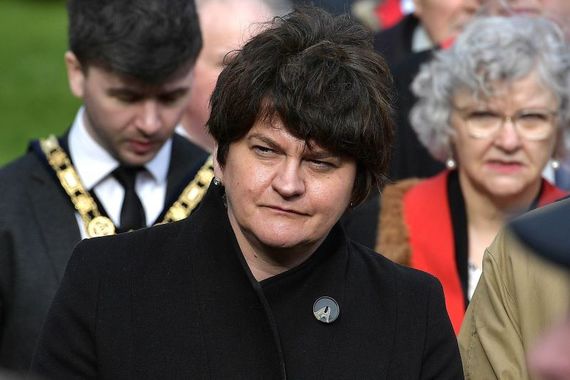 Unable and unwilling to afford rights to others even to maintain itself, unionism's defining hostility to progress, pluralism, inclusion, and diversity alienates more than it attracts, turning the place into a kind of Alabama on steroids, a place the young – feeling stifled and oppressed by a bunch of holier than thou bigots and squares - wish to flee.

In order to flourish instead of merely survive, Ulster unionism has needed for decades to broaden its appeal and outreach. But as this week's leadership putsch in the DUP reminds us, the party long ago calculated it could not do that and still realistically call itself unionism. 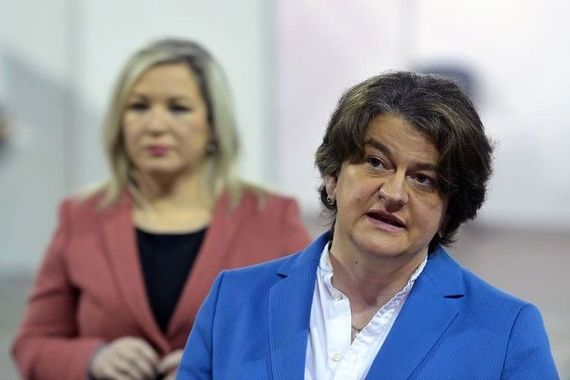 Last week - now a lifetime ago in politics - Foster cannily sought to split the baby, as it were, by abstaining in a controversial vote to ban so-called “conversion therapy,” a discredited and dangerous practice that aims to make gay people heterosexual.

In fairness to her, Foster claimed she was “distressed” when people called her a homophobe, although she presides over a party where the term is mostly a badge of honor because hers is a broadly evangelical party where the prejudices of the seventeenth century still hold sway.

Recall that in 2011, for example, Jeffery Donaldson, now among those tipped to become the new party leader, led an Orange Order protest toward Downing Street opposing proposed changes to the sectarian Act of Succession, out of concern it would no longer prevent the head of state from marrying a Catholic.

It is hard to discern the 'strategy' behind the DUP's latest circular firing squad, however. Making Foster take the rap today for a series of disastrous political miscalculations suggests that panic, not careful planning, is the party's top note this season.

As commentators in the North have noted, whoever ultimately replaces Arlene will simply be managing the decline of the DUP at this point. Sinn Féin will soon take the First Minister post and if the DUP lurch even further to the right, it could mean that the Alliance soon becomes the North's second-largest party.

In its one-hundredth year, the voice of unionism seems to be too busy rearranging deck chairs on the Titanic.