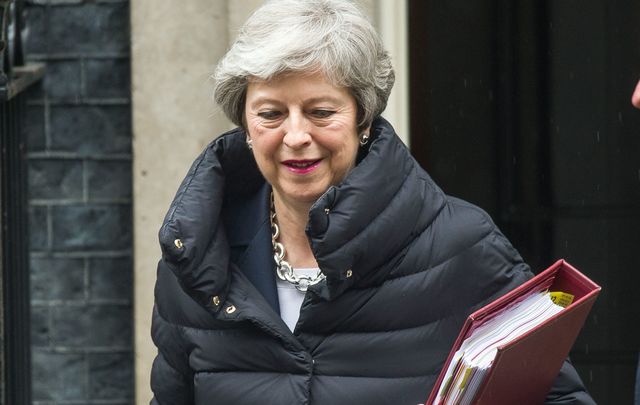 In England, the message from the local elections, for the city and rural councilors, was crystal clear: Shame on you Tories and Labour and all your brainless Brexit BS.

In Northern Ireland it was equally as succinct: Get on with peace talks.

In Britain, the Tories lost 1,300 council seats their biggest loss in a quarter century.  Labour did poorly too, losing 84 seats, an astonishing loss given the very poor performance by the government. The big winners were the Liberal Democrats who gained a smashing 700 plus seats.

The Tory carnage was expected as Prime Minister Theresa May is about as popular as the black plague.

The Labour performance was actually more shocking.  The continued mixed message from Labour leader Jeremy Corbyn about whether he backs a new referendum has come back to haunt him.

Sunderland MP Bridget Phillipson said, “I fear Labour’s position has been too hesitant and lacking in clarity over the past few months, depressing support among our voters at a time when they expect strength and leadership from my party rather than fudge.”

Incredibly Corbyn was still fudging even after the polls massacre.

“An arrangement has to be made, a deal has to be done. Parliament has to resolve this issue – I think that is very, very clear,” he said in a wet noodle of a speech that showed no awareness of what voters had just told him and his party.

It is no coincidence that the Lib Dems gained the most as they are the party that most favors a re-vote on Brexit.  Party chairman Vince Cable could not have been more concise and clear.

The biggest upset was in the electoral district of Bath, home to arch-Brexiteer Jacob Rees Mogg where the Tory Party was decimated and Lib Dems won seats that had never been out of Conservative control in history.

It was a wonderful kick planted firmly on the backside of bottom feeder Rees Mogg, who has stirred up racism and reaction all over Britain.

Meanwhile across the Irish Sea, the surprise big winner was the Alliance Party, a sister party of the Liberal Democrats which saw their seat numbers jump from 32 to 53.

Here the issue was different than just Brexit. It was about the need to reopen talks in the North and restore the devolved government. The message was, get on with it.

Among the big losers were the hardline Traditional Unionist Voice Party which fell from 13 seats to just six.

The decline of unionism continues. Overall unionists captured 209 seats, down from 246 in  2014, while nationalism remained static at 171 from 173 in 2014. Most intriguing, however, was the move towards the center.

As Peter Donaghy, a commentator with the political site Slugger O’Toole wrote, “With the counting now concluded in the 2019 Northern Ireland council elections, it is apparent that centrist parties have captured a significant number of seats from both nationalist and unionist parties. However, nationalist parties have captured enough seats from unionists to keep their total number of seats across the councils roughly the same, whilst the number of unionist councilors has dropped substantially. “

Read more: Who is Ireland's Prime Minister? Only 26% of people in Great Britain know