Restoring the Northern Ireland Assembly and Executive, which dissolved two years ago, is the aim of the talks following a clear message from the public after UK's general elections 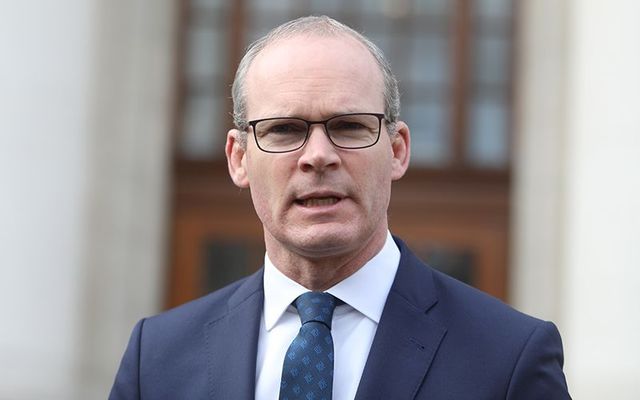 Restoring the Northern Ireland Assembly and Executive, which dissolved two years ago, is the aim of the talks following a clear message from the public after UK's general elections

Talks sponsored by the Irish and British governments aimed at restoring the Northern Assembly and Executive got underway in Belfast on Tuesday with a clear message from voters in last week’s local elections to get the power-sharing government working again.

The talks between the North’s political parties, expected to last about three weeks, followed a 10 a.m. meeting between the Republic’s Foreign Affairs Minister Simon Coveney and Northern Secretary Karen Bradley.

On Wednesday of this week, ministers from the British and Irish governments will meet in London in a session of the British-Irish Intergovernmental Conference, while the negotiations between the northern parties continue in Belfast.

All the parties, including the Democratic Unionist Party (DUP) and Sinn Fein, acknowledged that on the doorstep in the local elections, and particularly in the wake of the murder of journalist and writer Lyra McKee, the recurrent plea they heard was for politicians to get the power-sharing Executive back working and the Northern Assembly reinstated.

Since their disbandment in a deadlocked row between the DUP and Sinn Fein almost 29 months ago, the North has been in a political vacuum during which dissident republicanism thrived.  McKee was shot dead by a dissident member of the New IRA when she stood behind a police line during rioting in the Creggan estate in Derry last month.

The DUP and Sinn Fein again emerged as the strong parties in the local elections, but there was also a surge in support for the liberal non-sectarian Alliance Party.

The Green party and independents also made significant gains across the 11 councils, with the Greens doubling representation from four to eight seats.

But the big parties remained the DUP and Sinn Fein.

The DUP gained 24.1 percent first preference votes – up by one percent – and ended the election with 122 seats, a loss of eight seats compared to the 2014 council elections.

Sinn Fein suffered a slight dent to its support base with 23.2 percent first preference votes – a drop of 0.8 percent.  The party won 105 council seats, the same number of seats they won in 2014.

Gay DUP member Alison Bennington was among the first in the party to be elected when she was voted on to Antrim and Newtownabbey Council.

Wells said his former leader, the Reverend Ian Paisley, would have been “aghast” at the decision to run gay DUP candidate Bennington.

A total of 819 candidates stood in the election for 462 seats on 11 councils in Northern Ireland.