If modifying our stance on the backstop is the price we have to pay to ensure that never happens, then so be it. 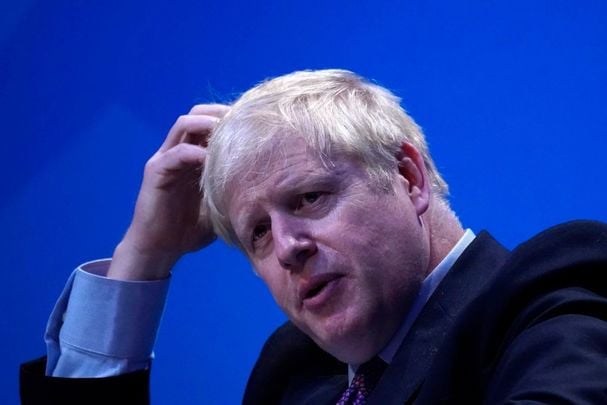 Conservative leadership candidate, Boris Johnson attends the first hustings on June 22, 2019, in Birmingham, England. Johnson and Hunt are now campaigning prior to a final ballot which will be decided by party members, the result of which will then be announced during the week of 22 July. Christopher Furlong/Getty

Barring accidents, it's now virtually certain that the hardline Brexiteer Boris Johnson will become Conservative Party leader and British Prime Minister by the end of next month.  The slight doubt is because one never knows with the gaff-prone Boris—the latest misstep is a midnight row dispute his girlfriend which was so loud the police were called!

It's the kind of headline Johnson could have done without.  But it's unlikely to derail his arrival in 10 Downing Street.

The original ten candidates for the top job have been whittled down to two, and Johnson is way ahead among the Conservative Party members who will complete the voting in the week beginning July 22 when outgoing Prime Minister Theresa May will leave Office.

He has made his intentions clear.  Either the EU moderates the section in the withdrawal agreement preventing a return of the Irish border (the so-called backstop), or the U.K. will crash out without a deal on October 31.

One way or the other it's the nightmare scenario for Ireland which this column has been predicting for months. 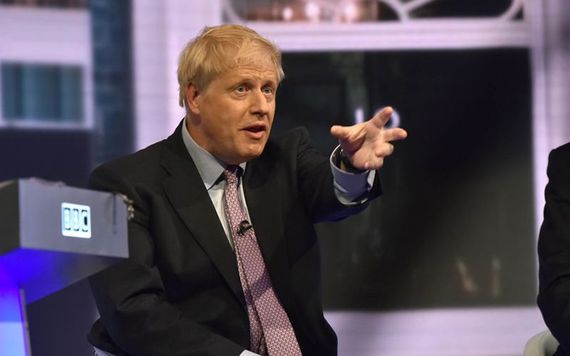 At this late stage, we still have a choice.  We can agree to a time limit on the backstop, which would be enough to get the withdrawal agreement through Parliament and allow for an orderly exit by the U.K., thereby reducing the damage to the Irish economy. Or we can stick to our inflexible position that the withdrawal agreement cannot be changed and there can be no time limit on the backstop under any circumstances.

Up to now we have been playing hardball on the backstop, backed up by the EU for its own reasons.  But it's a high-risk strategy and one that will go spectacularly wrong for Ireland if the U.K. crashes out without a deal.

If that were to happen—and it is increasingly likely given the growing frustration in the U.K.—the economic damage to Ireland would be catastrophic and the EU would insist on a border anyway.

So we have a choice.  It's not a choice anyone would wish for since there can be no good outcome whatever we do.  But there is always the least worse option in any difficult situation.

Faced with what lies ahead of us, that least worse option has to be agreeing to a limit on the backstop (for, say, a five-year period or even longer if we can negotiate that).   At the very least that would prevent the chaos of a U.K. crash out, and a lot can happen in a few years that might change everything.

It's worth remembering why the backstop emerged as the make or break issue and effectively sank May's withdrawal agreement when parliament would not back it.

First of all, no one wants a hard border in Ireland again, not us, not the EU and not the British.  The reality is, however, that once the U.K. leaves the EU there will have to be a border of some kind.  Northern Ireland as part of the U.K. will be outside the EU; Ireland (the south) will be inside the EU. Some kind of border (hard, soft, visible, invisible—take your pick) is therefore inevitable.

We don't know exactly what the British will do, although they say they have no interest in putting up a border on their side here. There would be less incentive for them to do so anyway if they are trading on WTO rules with the rest of the world and adopting product standards that are less demanding than those in the EU.

As we have pointed out repeatedly in this column, it will be the EU which will want an effective border in Ireland to protect its Customs Union and Single Market once the U.K. starts free trading with the rest of the world where very different tariffs and rules apply.  EU leaders would see that as a necessity to avoid the risk of leakage into the EU across an open Irish border.

To try to square the impossible circle she initially proposed that Northern Ireland would remain in regulatory alignment with the rest of the EU after Brexit, so there would be no need for a hard border.  The Democratic Unionist Party (DUP), however, saw this as dangerous because it could lead to the gradual separation of the North from the rest of the U.K. over time. And since they were propping May's government they were able to force her to drop it.

May's solution then—written into the withdrawal agreement—was to keep ALL of the U.K. in alignment with the EU while a future U.K.-EU trading arrangement would be negotiated, a process that was likely to take several years.

If a close enough deal could be negotiated, a border in Ireland would be unnecessary. In the meantime, the backstop was there to prevent it.

There was a critical difficulty for Brexiteers in this, however, because the withdrawal agreement committed the U.K. to stay in close alignment with the EU until the U.K. and the EU could agree a trade deal and then agree that the backstop was no longer necessary.   The fact that ending the backstop had to be a mutual decision effectively gave the EU a veto on when Britain could leave the EU. The Brexiteers, including Johnson, believed this could trap the U.K. in the Customs Union for many years, possibly permanently.

Will easing up on the backstop help Ireland's cause? Image: Getty.

That is the reason the withdrawal agreement was repeatedly rejected in votes in the House of Commons, eventually leading to May's downfall.  It worried many moderate MPs and for Brexiteers it was completely unacceptable.

For them, it meant the U.K. would not be leaving the EU in a clean Brexit, free to trade with the rest of the world.  It would be a betrayal of the referendum result.

Johnson made it clear then that he saw the Irish border problem as an inflated issue which had undermined Brexit.  He resigned from the cabinet, insisting that there had to be other solutions to the border conundrum, solutions that would not prevent the U.K. from implementing the referendum result and leaving the EU without delay.

It was that clearly expressed view that propelled him to the top of the field in the race to replace May.  He says now that the British people are fed up with the delays over Brexit and "just want to get on with it."

Either the EU agrees to a new deal that removes the backstop roadblock or the U.K. will leave without a deal on October 31.

Despite his reputation for being impulsive and clueless about detail, there is no reason to believe that Johnson is bluffing on this and won't do it.  Nor is the fact that the British Parliament voted against a no-deal Brexit much protection because that could change.

If the EU refuses to budge on the backstop the pressure for a no deal Brexit will be enormous.  There will be widespread public anger in the U.K., and MPs will be desperate to position themselves for the next Westminster election.  A U.K. crash out with no deal will become a real possibility, perhaps inevitable.

The irony of this situation is that if that happens, the backstop that is supposed to keep the Irish border open will be irrelevant.  And it won't be the U.K.'s doing. As we have pointed out repeatedly in this column, it will be the EU which will insist on a border in Ireland to protect the Customs Union.

Apart from the border problem, there is the much bigger issue of what a no deal Brexit would do to the Irish economy.   In a word, the effect would be catastrophic, given how dependent we still are on the U.K. market.

It would cost thousands of jobs, wipe out many small businesses, devastate our agri-food sector and stop our economic growth. It would mean a drastic fall in tax revenue, with cutbacks in state spending on health, housing and other areas in which action is urgently needed.

No one wants to see a border return, but if this is the choice we face we need to reassess our position over the coming weeks.  We may need to put the country before the border.

Our dogged insistence that there is no way of having a soft border is too simplistic.  We don't have to go back to the hard border of decades ago.  These days there are technical solutions that can avoid most -- although not all -- of the old customs post era.

The basis of this can be the so-called trusted trader method for medium and big companies, with exemptions for the smallest companies.  Companies would fill out online declarations of cross border shipments, both for quantities and standards.  Spot checks (say on one truck in 20) would be carried out to stop cheating and these checks would be done away from the border. Heavy penalties would apply to ensure compliance, much in the same way as income tax for self-employed people operates.

None of this would be easy and not everything could be solved in this way.   Heavily regulated goods like food and pharmaceuticals would need more intense scrutiny, as would farm animals and farm produce and some of this would have to happen at the border.

One way of doing this would be to have giant logistics centers straddling the border and manned by staff from both north and south.  To further lessen the danger of attacks by republican extremists,  these could even be sited entirely on the south side of the border, assuming the British were agreeable to that.

As we said, none of this would be easy.  But it's not impossible and we need to think about it rather than burying our heads in the sand.

We need to be doing everything we can to ensure that the U.K. leaves the EU with a comprehensive withdrawal agreement that protects as much of our trade as possible.   A no-deal Brexit would be a disaster for us.

If modifying our stance on the backstop is the price we have to pay to ensure that never happens, then so be it.

What are your thoughts? Let us know on the comments section, below.