The bloody Biden and Bulger files

"If you don’t laugh at a story like this, you cry. Or scream." 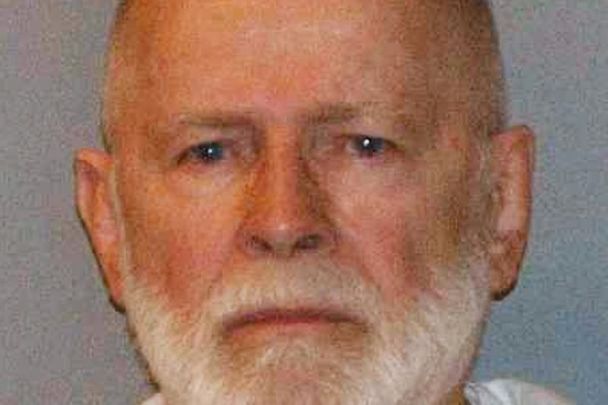 Talk about burying the lead!

In this story, the most important part is not just buried. It’s been shipped off to Ireland. In a coffin. Filled with IRA guns!

But that’s not the part of the story, the New York Post wants you to know.

Among the revelations gushing forth from the hidden files of one Hunter Biden comes this: “The namesake nephew of bloodthirsty Boston mobster James ‘Whitey’ Bulger worked closely with Hunter Biden in his Chinese business ventures, according to emails reviewed by the Post.”

Those same messages, that can only be described as shady – at least in the New York Post – inform us that “Jim Bulger, chairman and co-founder of the Boston-based Thornton Group financial advisory firm, forwarded an email in January 2014 from associate Mike Leonard proposing a meeting among Hunter Biden – whose father, Joe Biden, at the time was vice president of the United States – Bulger, and Rosemont Seneca co-founder Devon Archer.”

Of course, I have no clue who Devon Archer is. But if you don’t laugh at a story like this, you cry. Or scream.

I get what the Post is doing. Part of the reason the right-wing tabloid is frothing at its Murdochian mouth is because they are on a mission to prove that elite, hypocritical left-wingers ignored the many illicit stories to be found on Hunter Biden’s laptop.

And if they have to, um, spice up the truth a pinch to make the story sizzle, well, it’s a small price to pay.

Okay. Self-righteous progressives bear plenty of blame for our sorry state of affairs when it comes to debating actual issues these days. We get it.

I’d call this scraping the bottom of the barrel. If there were even a barrel to scrape! But there really isn’t.

And you have so much other stuff to work with!

First off, the name Hunter? Can we explain that please? (If that is indeed his name.)

And if you want to scare up an Irish Biden scandal, do it right. The guy is from Scranton, after all.

You don’t need to look to Gitmo or Palestine to tie Biden to, say, a terrorist. A bomb-thrower by the name of Éamon de Valera paid a visit to Scranton in 1919. And who was alive back then? No, not Biden. Or his nephew. Pretty sure there was no email back then.

But Biden’s Irish American mother Catherine Eugenia Finnegan was there the same time Dev was. She was two years old. In other words, she was old enough to know better than to suck her thumb in the vicinity of radicals!

But if you want to dismiss that as ancient history, then fine. Let’s deal with “bloodthirsty” Whitey himself.

“While enforcing a murderous protection racket around the city’s south side, Bulger and (the) Irish-American mob were also running guns to the boys back home,” Business Insider noted back in 2013, after Whitey’s long-awaited conviction.

It was Whitey’s “support for the Irish republican campaign against Margaret Thatcher’s government more than 3,000 miles away that led directly to one of the most gruesome killings of his career,” the magazine added.

“Whitey loved being associated with the IRA and the cause of Irish freedom. I think he liked the legitimacy a political cause gave him,” Whitey pal Patrick Nee recalled.

This included, according to Business Insider, smuggling guns in coffins across the Atlantic.

In other words, Whitey Bulger believed that a powerful ruling class wove social inequality into everyday life so deeply that only radical means could undo it.

And Joe Biden’s son once emailed this guy’s nephew! Or forwarded…something. Maybe.

There’s your headline, Rupert. You're welcome.