350-million-year-old fossil sea urchins were discovered off Co Wexford by scientists led by the School of Natural Sciences at University of Galway. 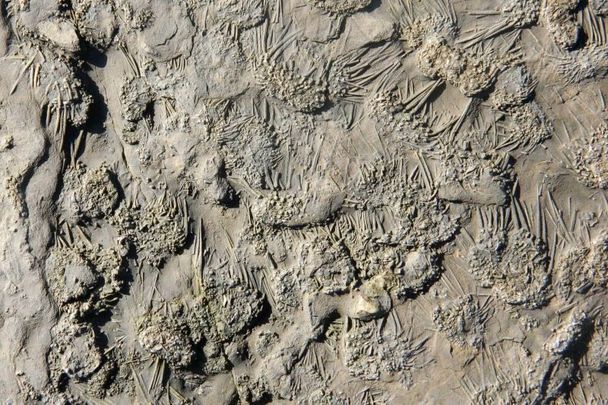 Hundreds of fossils discovered on the Wexford coastline date back to long before dinosaurs roamed, scientists say.

Experts from the School of Natural Sciences at University of Galway led a team of scientists who discovered an exceptionally well-preserved group of fossil sea urchins at Hook Head, Co Wexford.

The find is one of the most important in Irish palaeontology in recent times, the University says. 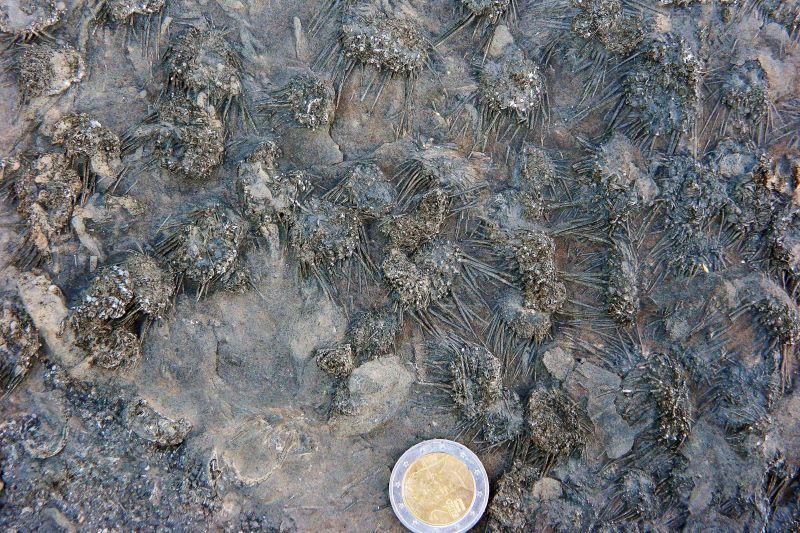 Sea urchins, or echinoids, are a group of marine animals, related to starfish. They have globular plated bodies covered by numerous defensive spines, which fall away and are quickly lost after the urchin dies.

Over 200 complete fossil echinoids are preserved in exquisite detail on a limestone surface, in an area of just 1m2. All of the Hook Head specimens have their spines still attached and they apparently died together on the seafloor almost 350 million years ago - a dramatic moment now frozen in time on the rock surface on the coast of south-east Ireland.

The limestone layer containing the fossil urchins was in danger of being lost to coastal erosion, so the scientific team mounted a rescue operation to save it. 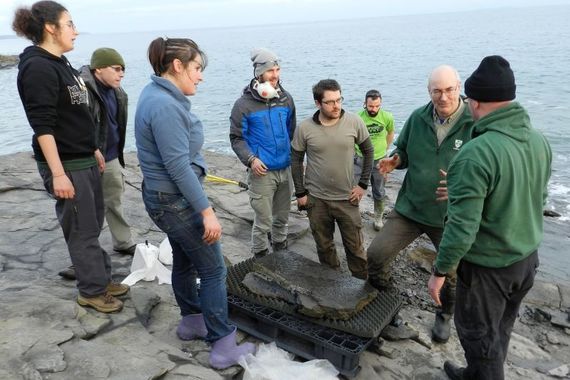 The site at Hook Head is protected under law and approval for the recovery was granted by several state agencies, as well as the local landowner. Following successful removal, the team immediately entrusted the fossil-bearing slab to the National Museum of Ireland for conservation and further study.

The discovery and recovery of the hundreds of fossil sea urchins was recently reported in the Irish Journal of Earth Sciences, which is published by the Royal Irish Academy.

One of the international scientific experts who peer-reviewed the paper remarked: “Speaking as a Paleozoic echinoid worker, this is one of the most exceptional and striking fossil finds in the last century.”

"It's very rare to find an early ancestral fossil sea urchin preserved with all of its plates and spines intact" - Dr John Murray, Lecturer in Paleontology, speaking about the discovery of sea urchin fossils at Hook Head, County Wexford. pic.twitter.com/G2MsnC7OPs

Palaeontologist Dr. Nidia Álvarez-Armada, the lead author in the study, said: “I initially discovered these fossil sea urchins on a rocky coastal outcrop when I was surveying the geology of Hook Head peninsula for my undergraduate Bachelor of Science thesis at University of Galway.

"When I first noticed the echinoids on the limestone surface, I was completely astonished by both the sheer number of fossil specimens present and also their exceptional preservation.

“The significance of the find was instantly apparent and I immediately began mapping and recording the shape, size and position of each individual urchin on the rock surface.

"This work took several weeks to complete, but it was important to carefully document the fossil find in as much detail as possible.” 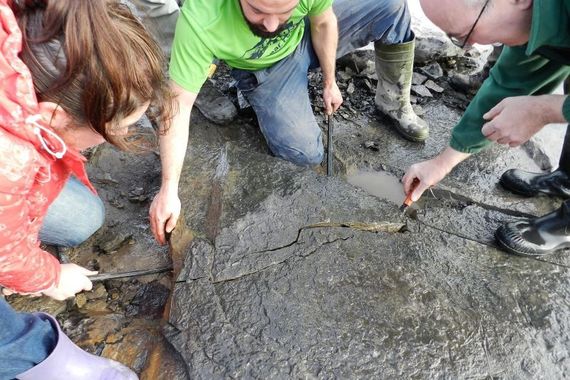 The Hook Head fossil find has considerable potential to reveal important information about the nature of seafloor communities during the Carboniferous, a time period that occurred long before dinosaurs ever walked on land, when the marine realm was very different from today.

Dr. John Murray, School of Natural Sciences, University of Galway, who co-authored the paper and supervised the original project, said: “It is quite exceptional to find Carboniferous fossil sea urchins so perfectly preserved and in such large numbers like this.

"In life, these particular echinoids had very flexible plated bodies, covered with many spines, which usually disarticulated and dispersed rapidly after death, leaving little trace of them behind.

"The Hook Head urchins must have been buried quite quickly after they died, with little or no post-mortem disturbance; however, it remains unclear why they congregated in such large numbers at this location on that ancient seafloor.”

Dr. Murray added: “The significance of this discovery was such that all of the members of the rescue team willingly volunteered their time and expertise to travel to Hook Head to help salvage the fossil-bearing slab.

"We consciously chose to leave this important fossil find in the care of the National Museum of Ireland immediately - I guess it was our way of giving this piece of priceless geoheritage back to the people of Ireland.”

You can read the full study in The Irish Journal of Earth Sciences online here.