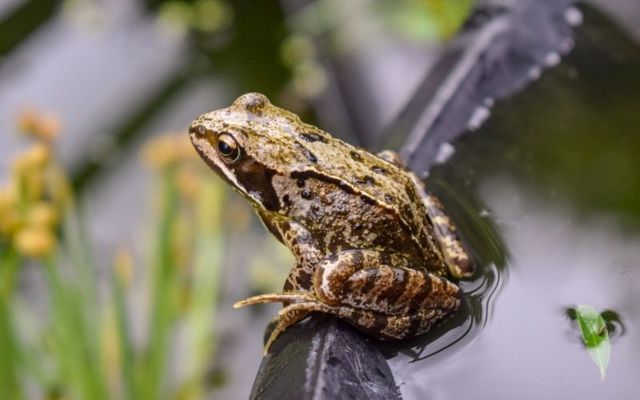 A team of scientists from University College Cork has discovered that thousands of prehistoric frogs likely died in a swamp sex trap in central Germany.

An ancient swamp in the area is thought to be one of the richest fossil depositories in the world, containing the remains of more than 50,000 birds, horses, bats, fish, and frogs.

Paleontologists had been baffled by the presence of thousands of frog remains in the swamp, with previous studies indicating that the frogs died during a period of lake drying or severe oxygen depletion within the water. However, the exact cause of death remained a mystery.

"As far as we can tell, the fossil frogs were healthy when they died, and the bones don’t show any signs of predators or scavengers – there is also no evidence that they were washed in during floods, or died because the swamp dried up," Dr. Falk told the Sunday World.

After undertaking a painstaking analysis of the ancient fossils, the UCC team has come up with a theory that the frogs died during mating.

"By process of elimination, the only explanation that makes sense is that they died during mating."

The frogs found in Geiseltal belonged to a species of frog that spends the majority of time on land, only returning to the water to breed during mating season.

Professor McNamara told the Sunday World that female frogs are at a higher risk of drowning during the short, frenzied mating season because they are often submerged by one or male frogs.

"What’s really interesting is that fossil frogs from other sites also show these features, suggesting that the mating behaviors of modern frogs are really quite ancient and have been in place for at least 45 million years," Professor McNamara said.

The UCC team collaborated with researchers from the Martin Luther University in Halle-Wittenberg for the project and have published full details of the study in the prestigious journal Paleontology.

The study came about following the reopening of the Geiseltal fossil collection at the Zentralmagazin Naturwissenschaftlicher Sammlungen (ZNS) in Halle, Germany.