The study confirmed that two bones found in Antrim date back to the Hettangian age, the earliest Jurassic period. 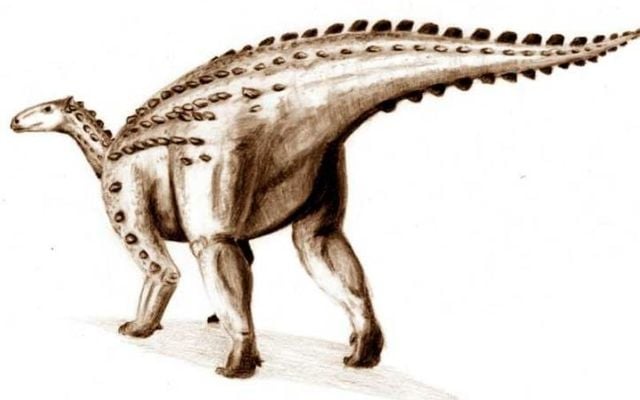 One of the bones could have belonged to a scelidosaurus, a herbivore that roamed the earth over 190 million years ago. Wikimedia Commons

A new study has confirmed that bones found in Northern Ireland in the 19th and 20th centuries belong to two separate species of dinosaurs.

The study, published in the Proceedings of the Geologists' Association journal, confirmed that bones found in separate discoveries in Antrim in the late 19th century and in the 1980s are definitely from prehistoric creatures.

One of the bones is the end of a left femur and the study has tentatively stated that it belongs to a scelidosaurus, a herbivore that roamed the earth on all fours around 190 million years ago.

The other bone was part of a left tibia of an undetermined neotheropod, a group of dinosaurs that modern birds are descended from.

"Bone histology and morphology demonstrates that two of these, both from the same locality in Co Antrim, demonstrably are from dinosaurs," the study said in the journal.

The discovery of dinosaur bones on the island of Ireland is quite rare, according to the study, which says that Ireland's geology prevents the discovery of prehistoric fossils.

Most rocks on the island of Ireland are simply too old to contain dinosaur remains, the study said.

The two discoveries were also rare on a global scale given that both bones date back to the Hettangian age; the earliest Jurassic period which occurred between 201.3 and 199.3 million years ago.

"This global rarity emphasises the potential significance of even these fragmentary remains from Northern Ireland for understanding the evolution and biogeography of early-Jurassic dinosaurs," the study said.