Tommy and Treasa Smyth are excited to resume their co-hosting duties at the NYC St. Patrick's Day Parade broadcast on WNBC 4 NY on March 17. 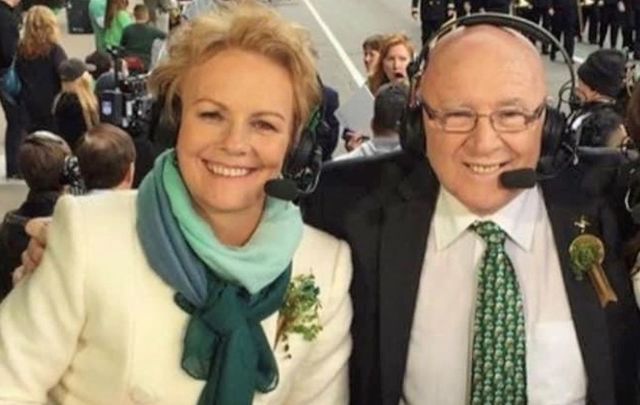 New York is open for business, you can't have any more proof than the fact that the St. Patrick's Day Parade is back in all its glory on Fifth Ave, the queen of Avenues.

This news has been really well received in the Smyth household as Tommy and Treasa Smyth are co-hosts of the NYC St. Patrick’s Day Parade broadcast on WNBC 4 NY.

The couple said that for the past couple of years they have felt like "fish out of water" when they were not broadcasting from Fifth Ave. The last Parade they covered was 2019 when well-known New York lawyer Brian O'Dwyer was the Grand Marshal.

This year, the Grand Marshal honor goes to James T Callahan, the International Union of Operating Engineers (IUOE) which is roughly 400,000 strong in the US and Canada.

Tommy knows something about Grand Marshals as he himself received this great honor in 2008, the first Co Louth man ever to be selected.

"It is a tremendous honor, one I am sure to never forget," Tommy said.

On the Parade side, Tommy, from Knockbridge in Co Louth, has been in the booth since 1991. Treasa, who was a researcher for many years, joined the commentary team in 2008 and has enjoyed every minute since.

The Smyth's day starts early when they go to St. Patrick's Cathedral for mass at 8:30 am. Tommy has been honored to read at this historical mass for the past number of years. Like he always says, "Not bad from a lad from a village of ten houses."

Treasa and Tommy then head up to 64th Street to meet with Gus Rosendale, anchor for Weekend Today in New York, and Rana Novini, reporter with News 4 New York, who are the other pair on the broadcast. Gus will be in the booth, while Rana conducts the interviews at street level along with Parade Chairman Sean Lane.

This year is the Parade's 261st year on the streets of New York. Treasa says: "This year will be like a homecoming as we have missed seeing everyone."

They are just hoping that this St. Patrick's Day, nothing rains on their parade.

Live, exclusive coverage of New York City’s 261st St. Patrick’s Day Parade will be on NBC 4 New York / WNBC on Thursday, March 17 from 11 am through 3 pm. The parade will air on WNBC and will also be streamed live on NBCNewYork.com.