The implosion of the Democratic Unionist Party shortly after a successful coup against party leader Arlene Foster will have serious repercussions for unionism and the peace process. 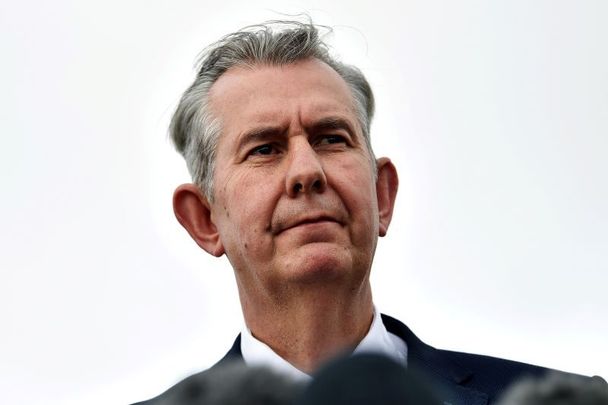 May 14, 2021: Edwin Poots gives a statement to the media at Stormont after being elected as the new Democratic Unionist Party leader in Belfast, Northern Ireland. Getty Images

It looks like it is effectively the end of the Democratic Unionist Party, founded by the Reverend Ian Paisley who lorded it over Northern Irish politics for a generation.

This leaves a huge hole at the center of unionism right at the time when that community has radical fringe groups warning of an intent to pursue violence to stop Brexit’s Northern Irish Protocol being implemented.

The walkout of key DUP figures led by SirJeffrey Donaldson, who lost his leadership bid narrowly, indicates that matters are very serious indeed within the party.

The news that Donaldson and other members of the moderate faction were threatened by the paramilitary Ulster Defense Association adds a further unsettling note of physical danger and hostility to the feud.

Those led by Donaldson can hardly be called liberals but they do oppose Edwin Poots, the radical right candidate and religious bigot chosen to replace Foster after a very brutish coup that brought her down. Foster has now indicated she will quit the party.

No one of any political nous wants to be led by a politician who has made his hatred for Catholics (they get more Covid cases because they are unclean) and gay people (Poots approves of bogus conversion therapy) well known, and happily pronounced a woman’s place is with her husband, not in the workforce (he was addressing Foster at the time.)

Asked why she was resigning, Foster told the Financial Times, “Because I don’t agree with the direction of travel under Edwin’s leadership.

"I think we are regressing and becoming more narrow. It’s quite nasty, frankly. If the union is to succeed, we need to be a bigger tent . . . The plea I would make to the party is that, if they want to secure the union, then they have to have a wide vision for the union.”

But the vision of unionism has never been as contracted as it is now. To the right of the DUP is the Traditional Unionist Voice Party, even more hate-filled than Poots and his paranoid political peons who are likely to sweep up the right-wingers in the imploding DUP.

To the left is the old Ulster Unionist Party which Foster and Donaldson once belonged to but quit because it became too moderate.

The DUP may well stagger on, a zombie party with just under half of its membership bitterly opposed to its leadership. The scenario now is as clear as a wiperless windscreen in a rainstorm.

What is clear is that the DUP may face a critical vote when they nominate the next First Minister of the North, now that Foster is gone. Sinn Féin, under the terms of the Good Friday Agreement, has to agree to that choice.

Poots has said he will not be the nominee, preferring to keep his current job as agriculture minister.

If he nominates Paul Givan, the DUP minister who blocked a small Irish language grant of £50,000, an act then Sinn Féin Deputy First Minister Martin McGuinness called “crass and crude bigotry,” Sinn Féin may well not vote for him and force new elections.

With unionism in disarray, this just might be a very tempting proposition.

*This editorial first appeared in the June 2 edition of the Irish Voice newspaper, sister publication to IrishCentral.