After Joe BIden and Boris Johnson's meeting on Thursday, a joint statement said the US and the UK remain fully committed to The Good Friday Agreement. 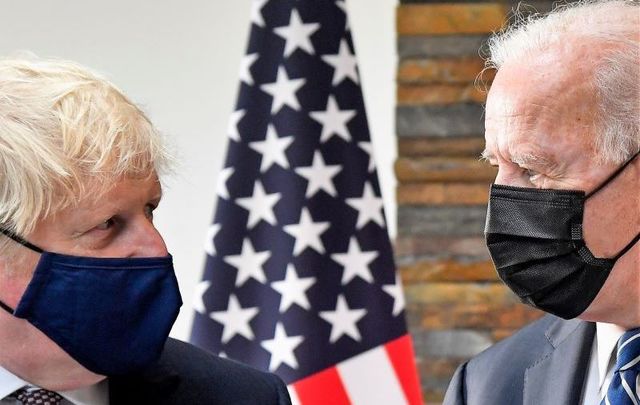 US President Joe Biden and UK Prime Minister Boris Johnson finally met today, June 10, in the UK for a bilateral meeting to discuss a range of issues.

On Thursday afternoon after Biden and Johnson met, the White House issued a joint statement detailing what the two spoke about, including Northern Ireland.

Regarding the US and UK's "commitment to Northern Ireland," the joint statement says: “Northern Ireland has taken huge strides forward since its courageous leaders put reconciliation and progress before violence and division 23 years ago.

“We are proud of the achievements of the Belfast/Good Friday Agreement, and we remain fully committed to its three strand approach, that: established the democratic institutions in Northern Ireland; provided for consultation, co-operation and action across the island of Ireland; and created structures for British-Irish engagement.

“It took a deep partnership between the U.K., Ireland, and the U.S. to support the people of Northern Ireland in bringing the Troubles to an end, and it will take a continued and ongoing partnership to advance and safeguard Northern Ireland’s stability and prosperity into the future.

“Today, the U.K. and U.S. reaffirm their commitment to working closely with all parties to the Agreement to protect its delicate balance and realise its vision for reconciliation, consent, equality, respect for rights, and parity of esteem.

“Unlocking Northern Ireland’s tremendous potential is a vital part of safeguarding the stability created by the Agreement, and the U.K. and the U.S. will continue working together towards that shared goal.”

Pres. Biden says he and U.K. Prime Minister Boris Johnson "had a very productive meeting" in which they "affirmed the special relationship" and "renewed our commitment to defending the enduring democratic values that both of our nations share." https://t.co/gekkJY6g2A pic.twitter.com/kKCnwy2cqf

Prime Minister Johnson said that working with Biden was "a breath of fresh air."

He added: "What I can say, is that America, the UK, plus the European Union have one thing we absolutely all want to do and that is to uphold the Belfast / Good Friday Agreement and make sure we keep the balance of the peace process going and that's absolutely common ground and I'm optimistic that we can do that."

Boris Johnson says working with Joe Biden is "a breath of fresh air".

He also says the US president has not urged him to solve problems with the Northern Ireland protocol.

Johnson also tweeted a picture of himself with Biden and the hashtag #BuildBackBetter, a key message of Biden's 2020 US Presidential election campaign:

Biden and Johnson will be among the world leaders taking part in this weekend's G7 Summit events in Cornwall in the UK.