Talks between the EU and the UK are reportedly on the brink of collapse and there are fears of renewed violence in Northern Ireland if no compromise is reached. 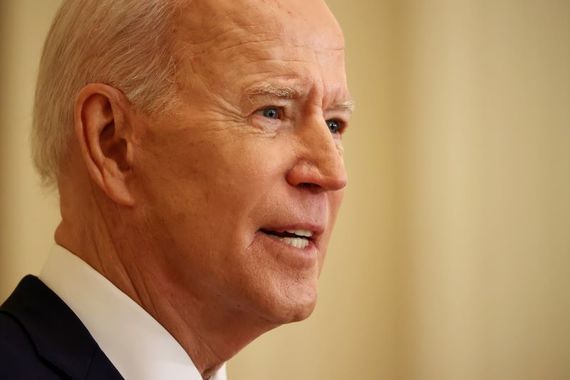 Senior Biden officials have warned the British Government that they must solve the Northern Irish border issue and protect the Good Friday Agreement.

The EU and the UK are currently in talks about simplifying the Northern Ireland Protocol agreed during the Brexit Withdrawal Agreement. The Protocol has created some custom checks for goods traveling between Northern Ireland and the UK, causing delays and disruption to some deliveries.

Talks between the EU and the UK are reportedly on the brink of collapse and there are fears of renewed violence in Northern Ireland if no compromise is reached.

Biden will meet British Prime Minister Boris Johnson on Thursday night ahead of the G7 summit in Cornwall on Friday. The meeting will be the first face-to-face encounter between the two leaders since Biden was elected President last November and Biden will reportedly ask Johnson not to risk peace in Northern Ireland over Brexit.

Meanwhile, Sullivan said that Biden will tell fellow G7 leaders at Friday's summit that the Good Friday Agreement must be protected during the EU/UK negotiations.

Sullivan additionally told a private briefing on Air Force One that "any steps that imperil or undermine the Good Friday agreement will not be welcomed by the US."

Sullivan also told BBC North America that he believed that the Northern Ireland Protocol was "critical" to the endurance of the Good Friday Agreement and urged the EU and the UK to "work out the specifics".

He did not say that he believed Johnson's Government was undermining the Good Friday Agreement and said that Biden was not issuing any threats or ultimatums.

The Guardian reports that the US Government may offer the British Government a free trade agreement as an incentive for them to compromise on the Protocol negotiations.

Loyalist paramilitaries have written to Biden to inform him that they will be withdrawing their support for the Good Friday Agreement until the Protocol is scrapped.