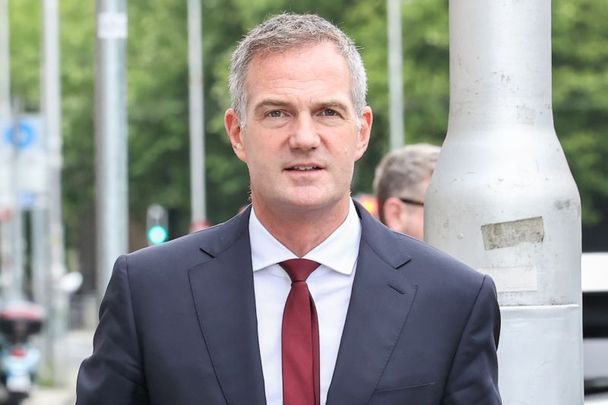 Britain is not yet ready to separate Northern Ireland from the UK, despite recent census results revealing changing demographics in the region.

The declaration from the Northern Ireland Office followed the opposition Labour Party in Britain hearing at its conference last weekend that it would not be a barrier if a border poll is likely.

The British government said there was no clear basis to suggest that a majority of people in Northern Ireland presently wished to separate from the UK.

He said at the Labour Party conference in Liverpool that if he became Secretary of State for Northern Ireland and very clear circumstances under the Good Friday Agreement were emerging, he would set out in detail the criteria for a border poll.

Kyle told the BBC, “I am not going to be a barrier if the circumstances emerge.”

Responding, a spokesman for the Northern Ireland Office told The Irish Times, “In accordance with the Belfast (Good Friday) Agreement and the principle of consent, Northern Ireland will remain part of the UK for as long as its people wish for it to be.”

He added, “The overwhelming consensus is that Northern Ireland needs a strong Executive to deliver on the issues that really matter — health, jobs, the cost of living, education — and that is our full focus.

“There is no clear basis to suggest that a majority of people in Northern Ireland presently wish to separate from the United Kingdom.”

Campaigners for a border poll have been encouraged by the census findings.

But the comments by Kyle drew criticism from unionist politicians who claimed the divisive post-Brexit Protocol, designed to ensure a soft trade border on the island of Ireland, was a much more vital issue.

The “east-west relations” refers to the damaged contacts between Britain and Ireland over the Protocol.

He said, “Regrettably Peter Kyle`s comments are a distraction and draw political focus away from those immediate challenges. They are unhelpful and ill-timed.”

The latest Northern Ireland census figures for 2021, published last week, show the proportion of the resident population who is either Catholic or brought up Catholic is 45.7 percent compared to 43.48 percent Protestant. The previous census, in 2011, found that 45.1 percent of the population were Catholic or brought up Catholic and 48.4 percent were from a Protestant or other Christian background.