The move will be introduced as part of the Electronic Travel Authorisation (ETA) scheme, which is part of the controversial Nationality and Borders Act, which will come into effect next year. 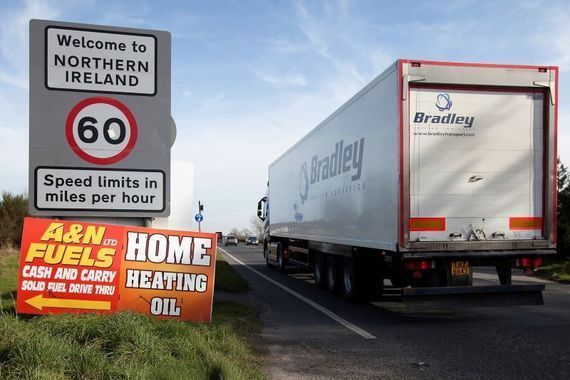 Non-Irish EU citizens will have to provide biometric data when crossing the border from Ireland into Northern Ireland, UK Immigration Minister Robert Jenrick has confirmed.

The move will be introduced as part of the Electronic Travel Authorisation (ETA) scheme, which is part of the controversial Nationality and Borders Act, which will come into effect next year.

Jenrick said the UK would only require "facial images" initially but added that all visitors will eventually be required to provide their "face and biometric fingerprints".

Irish citizens will be exempt from the requirements because Ireland is part of the Common Travel Area with the United Kingdom.

The ETA requirement will apply to all non-Irish EU citizens in addition to citizens from outside the EU who did not previously need a visa to enter the UK.

Jenrick confirmed the news in a written letter to Alliance MP Stephen Ferry, who had written to him to ask if ETA applicants entering Northern Ireland from the Republic of Ireland would be required to submit their biometric data.

"Applicants will be required to submit their biometrics," Jenrick said in response to Ferry.

"At the outset, however, we will only require facial images from ETA applicants, until such time as there is a technological solution which will allow them to self-upload fingerprints of the required quality, as we will not require them to visit a visa application center to give their fingerprints."

Ferry said the measures were part of the UK Government's "reckless, anti-immigration agenda" since the Brexit referendum and called on the UK Government to "urgently recognize the island of Ireland’s unique position and legislate for an exemption for residents and tourists".

He also said the ETA scheme would introduce "needless bureaucracy" for people living in border areas and impact tourism in Northern Ireland. He added that there were concerns over the consequences for people who could not access the technology to upload their biometric data.

The Irish Government, human rights groups, and other political parties have all opposed the ETA scheme.

The Newry, Mourne and Down District Council (NMDDC) recently passed a motion rejecting the ETA, describing it as "tourism sabotage".

"It will sever the arterial route from Dublin airport to the North and will result in tourism being strangled," McAteer told the Armaghi.

"There are half a million visitors to the North each year and with this bill there could be over £100m per year lost in tourism, which is an incredible amount of money.

"This bill is an act of legislative sabotage and our tourism product is being undermined by the UK government."

Fine Gael TD Neale Richmond said on Twitter that the ETA will be "extremely troublesome, particularly in the border region".

As warned, this will be extremely troublesome, particularly in the border region, for so many areas of everyday life & commerce. https://t.co/9m9BfB7C1j

The ETA is part of the controversial Nationalities and Borders Act 2022, which is part of the UK Government's post-Brexit attempts to tighten immigration laws.

Among other things, the act tightens the law for asylum seekers and refugees entering the United Kingdom.