The PSNI confirmed on Wednesday that a man had been arrested in connection to the Lyra McKee murder probe in Derry. 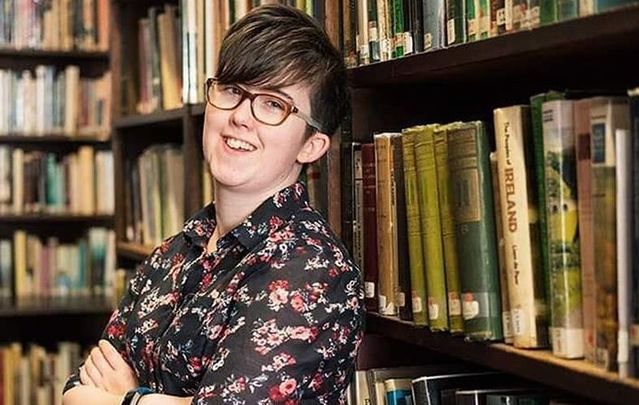 Journalist Lyra McKee was shot and killed while observing a night of violence in Derry in April 2019. Getty Images

The 27-year-old suspect was being questioned in Belfast

A 27-year-old man was arrested in Derry on July 15 as part of the investigation into the 2019  murder of journalist Lyra McKee.

The Police Service of Northern Ireland (PSNI) confirmed the arrest in a statement early on Wednesday:

PSNI wrote: “Detectives from the Police Service of Northern Ireland’s Major Investigation Team, investigating the murder of journalist Lyra McKee, have arrested a 27-year-old man Derry / Londonderry this morning under Section 41 of the Terrorism Act 2000.

“He has been taken to Musgrave police station in Belfast where he is currently being questioned.

“A search of a house in Derry / Londonderry has also been conducted."

Lyra McKee, a native of Belfast, was shot and killed during a night of violence on April 18, 2019, in the Creggan area of Co Derry in Northern Ireland. The "New IRA," a dissident republican group, later claimed responsibility for her death.

In February, 52-year-old Paul McIntyre was charged with her murder, charges that he denies. On July 3, a judge ruled that McIntyre can be released from custody under strict conditions.

On June 11, the PSNI, in what they described as “a significant moment for the investigation,” confirmed that they recovered the gun that was used to kill McKee.