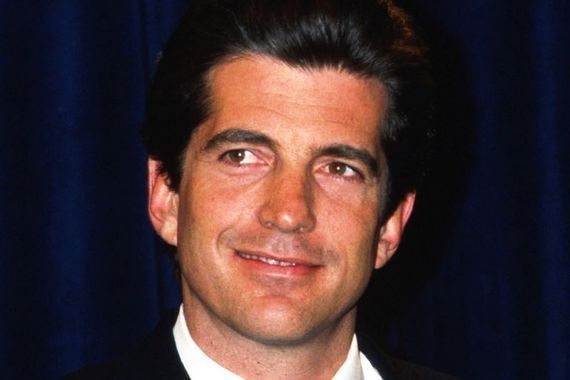 John F. Kennedy Jr.'s decision to attend the funeral of a convicted IRA man in County Laois without informing his uncle, Senator Ted Kennedy, surprised Irish Embassy officials in the US, according to newly-released confidential documents.

The latest release of State Papers, which mainly includes documents from the 1990s, revealed that embassy officials in the US were closely monitoring the controversy.

Kennedy's attendance at the funeral sparked outrage amongst unionists in Northern Ireland, with the DUP's Ian Paisley describing him as a "gullible American" who involved himself in a complex situation because of his "romanticized ideals".

Kennedy said he attended the funeral in a private, working capacity as editor of the magazine George.

Patrick Kelly died from cancer at the age of 49 after being transferred from a jail in the UK to a jail in Northern Ireland and subsequently to a jail near his home in Ireland. He was serving a 25-year sentence for attempted murder and a conspiracy to cause bombing, including a plot to detonate a huge truck bomb in London in 1992.

British authorities also believed he was part of a plot to kill Princess Anne.

In a briefing note date June 18, 1997, Irish Embassy officials noted with surprise that Kennedy had not informed his uncle that he would be attending the funeral.

"The purpose of the visit was apparently professional – Mr. Kennedy is apparently doing an article for the trendy political magazine, George, of which he is editor," an embassy official wrote.

"Notwithstanding this fact, I understand that Senator Kennedy’s office are surprised that Mr. Kennedy undertook the visit without giving prior notice and that, in their view, he should have left himself open to controversy by being present at the funeral of Mr. Kelly,” added the briefing."

The briefing note was one of many confidential documents released as part of the annual release of state papers from the National Archive. Government documents have normally been released to the public after 30 years, but this gap is being reduced to 20 years following a legislative change in 2018.

The latest release of state papers also revealed that former President Bill Clinton believed that former Sinn Féin President Gerry Adams was "pretty gutless" for blaming Britain for the Northern Ireland peace talks stalemate that led to the end of the IRA ceasefire and the bombing of Canary Wharf in London in February 1996.

The bombing, which left two dead and hundreds injured, marked the end of the IRA's 17-month ceasefire. The attack also caused roughly £800 million worth of damage to buildings in the area (worth £2 billion today).

According to a briefing note of a phone call between Clinton and Taoiseach John Bruton, Clinton noted that Adams had been in the US just days before the attack.

"Well, I mean Adams was just here a few days ago… Yeah, I understand. You know blaming the British for it, I think under these circumstances, is pretty gutless," Clinton told Bruton.

In a private briefing with government officials, Adams claimed he did not know about the attack in advance, which Bruton noted on the call to Clinton.

"He appears to be completely taken aback by what happened. Now that could be of course an act – but at the same time his statement has not condemned it, which is the problem," Bruton said.

"They are saying that they regret it, which is a word that they used at the height of the violence. Now they haven’t condemned it and they haven’t disassociated themselves."

Adams said he was glad not to have known about the bombing in advance, according to a confidential document that recorded his reaction to the attack.

"Mr. Adams said that he was glad he did not know in advance about the bomb, because it would have raised serious dilemmas in terms of the moral imperative to prevent or report it," the government document noted.

"He added that he would have been forced to override this: he would not have been able to tell people in advance because of his republicanism."

Adams later acknowledged that the Canary Wharf bombing had been a "kick in the balls" to the Northern Ireland peace process.