Gardaí are investigating after a woman and a child, reported to be mother and daughter, were discovered with serious injuries at a residence in Clarecastle, Co Clare on September 27. 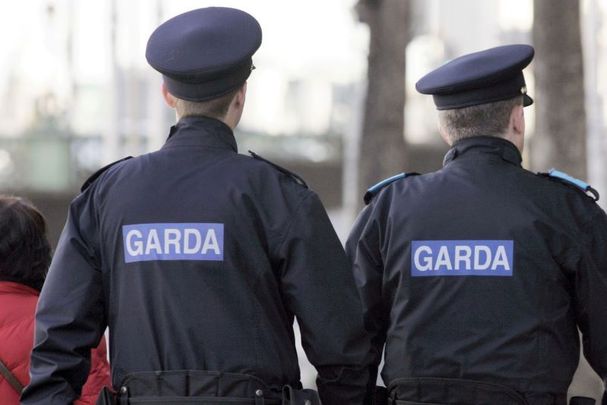 An 8-year-old girl is in critical condition in Dublin today, September 28, after being found with serious injuries in Clarecastle, Co Clare yesterday, September 27.

Gardaí said on Tuesday that they and emergency services attended a scene at a domestic residence in Clarecastle, Co Clare shortly before 8 am on September 27.

At the scene, a female child with serious injuries and an unconscious female adult were discovered in critical condition; both were taken to University Hospital Limerick.

The scene was preserved to be examined by the Divisional Scenes of Crime Unit, Gardaí said on Tuesday.

An Garda Síochána are appealing for anyone with any information on this incident to contact the investigation team at Ennis Garda Station 065 6848100, the Garda Confidential Line 1800 666 111, or any Garda Station.

The girl’s injuries are understood to be the result of a suspected stabbing, the Clare Champion reports.

According to RTÉ News on Wednesday, the 8-year-old girl has been moved to Crumlin Children's Hospital in Dublin for specialist care and remains in critical condition. The woman, who is understood to be the girl's mother, remains in serious condition at University Hospital Limerick.

RTÉ News said that the mother and daughter fled the war in Ukraine and had been living in the Co Clare accommodation for a number of weeks. The girl had been enrolled and attending classes at the local primary school, according to the Irish Times.

An eight-year-old girl and her mother are in a critical conditon in hospital following an incident at a house in Clarecastle in Co Clare yesterday.
It is understood they had been living at the house for a number of weeks after fleeing the war in Ukraine | https://t.co/eCNF1jAzVK pic.twitter.com/W9Fbjhw60F

Ireland’s Minister for Children Roderic O’Gorman said on Wednesday: “A tragic situation has occurred there, obviously don’t want to get into any great detail, but we’re very aware and have been since soon after the incident occurred, offering what supports we can in terms of our Department but also working closely with Tusla as well."

Elsewhere on Wednesday, Ennis parish priest Fr. Tom Ryan told Clare FM News: “We know now that there are two people seriously injured and that their lives are precious and we are very concerned about that because everyone’s life is precious.

“The circumstances we don’t know, but we do know they’re from Ukraine, and Ukrainian people have come to live among us in recent months and have been made very welcome in our community.

“So this has come as a shock not just to the Ukrainian community, but to our whole parish communities in Clarecastle, Ballyea, and here in Ennis as well.”

Fr Ryan continued: “It’s not just the Ukrainian community that feels this pain, but it’s also our own local community because no community wants such news to be heard or to be seen or witnessed -a child and a mother who love each other, at a time of vulnerability, this tragedy happened.”

Fr Ryan reiterated that the community does not know the circumstances, but that there has been an outpouring of sympathy. He noted that “language is a big challenge at this time” as the adults and seniors of the Ukrainian community would struggle with English.

“We don’t know the circumstances, what has led to this, but we do know that two people's lives are affected and have changed, and the incident has affected the community.

“We can support each other in any way that we can by just having respect for each other, understanding, and being respectful of all others and their way of life.”