Thomas O'Halloran, the Co Clare man who was murdered in a "vicious attack" in London in August, will be laid to rest on October 1. 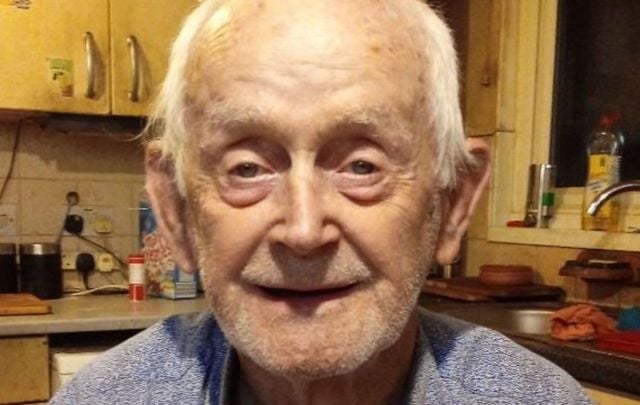 RIP, Thomas O'Halloran (87) who was murdered in London, this August. GoFun

Thomas O'Halloran (87) had been busking to raise money for the victims of Russia's invasion of Ukraine when he was killed, on his mobility scooter, in a vicious attack, near his home in Runnymede Gardens, Greenfield in West London, on Aug 16.

O'Halloran, a grandfather, emigrated to London from Ennistymon in Co Clare at the age of 16.  He was known as a musician and for playing the accordion at the Greenford Tube station and he had recently been raising funds for Ukrainians fleeing the war.

On the afternoon of Aug 16, police received a 999 call from a member of the public who found O'Halloran on his mobility scooter with multiple stab wounds in a passageway running from Runneymede Gardens and Welland Gardens. Paramedics rounded the 87-year-old grandfather died at the scene, at 4:54 pm.

Lee Byer (44) was charged on Aug 19 with O’Halloran’s murder and possessing a large knife. Byer remains in custody. The courts have set a plea hearing for Nov 8 with a provisional trial of up to three weeks from May 2, 2023.

With the Irish community in London still reeling from the attack, O'Halloran's funeral arrangments have been announced. The Co Clare man's funeral will take place at The Visitation Church, Greenford, London with burial afterward at Greenford Park Cemetery on Oct 1, at 12 pm.

A “celebration of life” function will be held later that day at the local GAA club, Tir Conaill Gaels, also in Greenford.

In the aftermath of the Irishman's death, the London Irish community gathered to pay tribute with Irish prayers and music to O'Hallloran. Over 100 people gathered wearing various Irish sports jerseys and musicians played several songs during the tribute, including songs regularly performed by O'Halloran when he was busking.

Ambrose Gordon, 61, a friend of O'Halloran's, told the PA news agency that O'Halloran would have loved the tribute.

"We came from every county today. We all wore our jerseys, so we’re very proud Irishmen, despite the fact we’re here 60 years."

Gerry Hehir, 65, also a friend of O'Halloran's, told the PA that O'Halloran's death shocked the Irish community in London.

"I have lived here for 29 years. It’s a shock, the way it happened. I mean, there’s a lot of tragedies in London and in the wider place and all throughout the world, but it’s a very, very sad thing," Hehir said.

"He will be very well remembered for everything he’s done for the community."

Following O'Halloran's murder, Ireland's President Michael D. Higgins was among those who paid tribute to the "generous" and "kind" man.

Higgins said “On behalf of the people of Ireland, may I express my profound sympathy to all the members of the family of Thomas O’Halloran who died under such tragic circumstances this week, to the Irish community in London of whom he was a part, and to all in London and Ireland who knew him.

“I can only imagine the deep shock that his family and his friends are experiencing and may I convey my heartfelt condolences to them all.

“The grief that they will be feeling, I can share. It is so difficult to understand why and how such a terrible crime could occur to someone so altruistically minded and indeed cherished in his local community in Greenford.

“May I pay tribute to that generosity and kindness that Thomas showed in his life, as well as to Thomas’s musical talent which he shared so freely, most recently in support of those impacted by the situation in Ukraine."

A GoFundMe to assist O'Halloran's family with funeral expenses has surpassed its goal of £5,000 after being launched.

Proceedings against Bloody Sunday’s "Soldier F" to recommence in Derry