The family of Irish man Jason Corbett, who was killed in North Carolina in 2015 allegedly by his wife and father-in-law, had hoped the retrial date would be sooner. 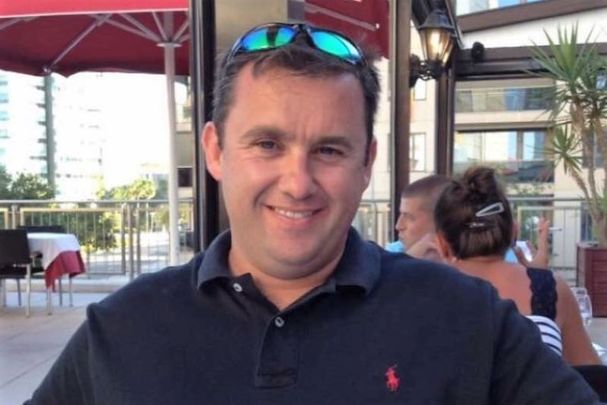 An administrative hearing is set to take place this November, with a status meeting to be held on January 9, 2023, the Irish Independent reports.

Judge Hall further set a March 17 deadline for both the prosecution and defense teams to have all matters addressed. A final pre-trial hearing will be held on June 12, with jury selection slated to begin on June 26.

“My only rule is to see these parties receive a fair trial without any external forces in play," Judge Hall said in court. "We are here for one purpose and that is to serve justice.”

Molly Martens was Jason Corbett's second wife; his first wife, with whom he has two children, Jack and Sarah, died after an asthma attack in 2006. Afterward, Jason hired Molly, a native of Tennessee, as an au pair in Ireland. The two began a relationship and got married in the US in 2011.

Molly Martens Corbett and Tom Martens claim they were acting in self-defense when they killed Jason Corbett in North Carolina on August 2, 2015. Tom said that he discovered Jason choking Molly and that he acted to save her life. However, their original trial heard testimony from police and paramedics who said that there was no evidence of strangulation on her body.

In August 2017, Molly and Tom were convicted of second-degree murder and sentenced to 20 - 25 years in prison.

Molly and Tom appealed the original convictions on the basis that they did not get a fair trial because the judge had excluded evidence that would have supported their claims that they acted in self-defense. They said that evidence given by Corbett's children to social workers should have been included as evidence.

In April 2021, Molly and Tom were granted a bond of $200k on the condition that they surrender their passports and do not contact the Corbett family.

In March of this year, Molly and Tom appeared in court for a preliminary hearing. They were both in court again this week for Judge Hall's announcement of the start of the retrial.

Also in court on Wednesday were members of Jason's family who traveled from Ireland - his sister Tracey Corbett Lynch, Tracey's husband David Lynch, and Jason's daughter Sarah Corbett Lynch. Tracey is now the legal guardian of both Sarah and Jason's son Jack, who was in Ireland for the hearing.

Jason's family, who last year welcomed news of the retrial, had reportedly been pushing for the retrial to happen before the end of this year, but Judge Hall cited "realities that could not be overcome" in delay.

Jason's teenage daughter Sarah Corbett Lynch tweeted after Thursday's hearing: "I will speak the truth about MY Life!"

So the person who murdered my dad, abused me shared all my images and my private notes to the whole world is ok to do so but I can’t talk? Where is my protection? my freedom of speech ? I will speak the truth about MY Life! #justiceforjason #Freedomofspeech