A petition seeking a retrial for Molly Martens and her father Thomas, who beat Irish man Jason Corbett to death in 2015, has been launched. 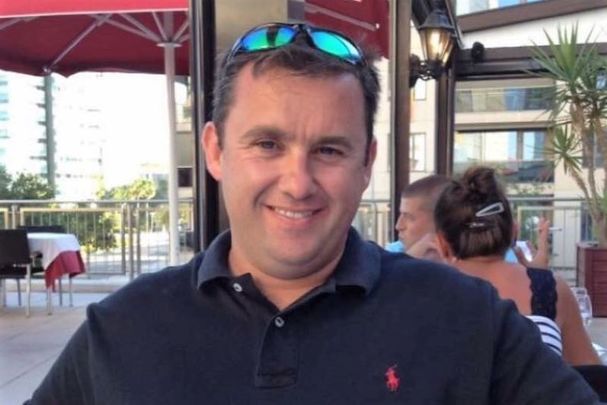 An online petition seeking a retrial for the killers of an Irishman who was beaten to death with a metal baseball bat and a concrete paving slab has gained more than 5,000 signatures.

Limerick native Jason Corbett was beaten to death by his wife Molly Martens and her father Thomas in North Carolina in 2015, and the pair were convicted of second-degree murder and sentenced to 20-25 years in prison two years later.

In February 2020, however, North Carolina's Court of Appeals ruled that both Molly and Thomas Martens were entitled to a retrial based on certain evidentiary issues that had undermined their claim that they acted in self-defense.

The North Carolina Supreme Court upheld the decision earlier this year and Corbett's family revealed on Wednesday that prosecutors were set to offer the two killers a "manslaughter" plea bargain rather than seek a retrial.

The plea deal will reportedly carry a sentence of 51-64 months with 44 months reduced for time served.

An online petition calling for a retrial for both Molly and Thomas Martens has now been launched.

"To add further trauma to the Corbett family, this plea deal only adds further pain and disdain to a family still grieving the loss of a loved one," the post on Change.org reads.

"Two children who'll never see their father again. Birthdays, weddings, Christmas, sporting events, etc. are painstaking to these children who've had their entire lives ripped apart by the two people they trusted and once called "mom" and "grandpa"."

The petition said the Martens were offered a retrial based on two evidentiary issues.

"The basis of the retrial was down to a technicality on the testing of blood on Tom Marten's shorts which could have been easily resolved and the children’s statements conducted whilst in the custody of the Martens family.

"Not only did the Children recant these statements made while terrified to child protected services. They also offered new completing evidence, which was corroborated by their counselor in Ireland."

Molly and Thomas Martens claimed that they acted in self-defense and said that Corbett was attempting to choke his wife. They said that testimony from the couple's children would support these claims. However, paramedics and police officers told the court in 2017 that there were no visible marks on Molly Martens' body when they attended the scene in 2015.

"I have stayed away from all the distasteful media over the past few years re the trial and brutal cold-blooded murder of my dear brother, who only wanted a happy new peaceful life in North Carolina with his children when he moved there from Ireland, yet his life was taken by two cold narcissistic individuals," John P. Corbett said in a letter to Biden.

John Corbett, who works for the NHS in East Anglia in the United Kingdom, told the President that his colleagues were shocked to hear that the Martens had been offered a plea deal.

"My many colleagues in the UK NHS health system where I work as a professional health staff member are also totally dismayed how two cold-blooded murderers are being gifted leniency by the North Carolina Justice system."

He wrote that his family simply sought justice for Jason Corbett's death in 2015 but said that they feel let down by the North Carolina Justice system.

"We as a family, like any family in the world who have lost a family member to a brutal cowardly murder, would want normal justice. Sadly the justice system seems, in this case, to be working for the murderers, and not for the life they have coldly taken for their own narcissistic agenda."

He thanked the authorities for "at least keeping these cold arrogant murderers in prison for four years" but said that it was a "sad day" for the Corbett family when the Martens were offered the plea deal.