Lynn Egar has been charged with the murder of her two children who died in a car fire in Co Westmeath on September 9. 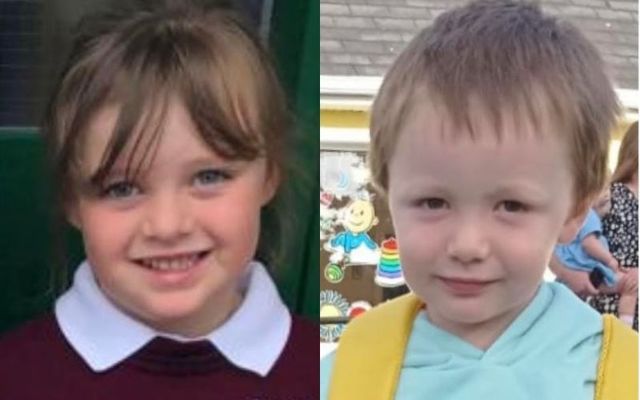 Lynn Egar has been charged with the murder of her two children, siblings Thelma and Michael Dennany, that occurred in Multyfarnham, Co Westmeath on September 9.

Egar survived the car fire that killed Thelma, 5, and Michael, 2, on September 9 but was hospitalized with non-life threatening injuries.

Egar has been remanded in custody after the brief hearing on Thursday night and is due to appear again at Athlone District Court via video link on September 28, Newstalk reports.

The woman arrested in relation to the Co Westmeath car fire that killed siblings Thelma, 5, and Michael, 2, Dennany has been charged.

Gardaí announced today, September 22, that they have charged the woman, aged in her 40s, who was arrested in connection with the incident in Multyfarnham, Co Westmeath that occurred on Friday, September 9.

The woman is set to appear before a special sitting of Mullingar District Court this evening, Thursday, September 22 at 8 pm.

The Gardaí announcement comes the day after Gardaí announced that they had arrested a female in her 40s and detained her under the provisions of Section 4 of the Criminal Justice Act 1984 at a Garda station in the midlands.

An Garda Síochána did not confirm the female’s name at the time.

Previously, An Garda Síochána said that Gardaí in Mullingar, Co Westmeath were carrying out a criminal investigation into the circumstances surrounding the deaths of siblings Mikey Dennany, 2, and Thelma Dennany, 5, in a car fire that occurred at Lacken, Multyfarnham, Co Westmeath on Friday, September 9.

Gardaí said that shortly before 4 pm on September 9, the alarm was raised after a car with three occupants was discovered on fire on a rural road at Lackan near Multyfarnham. Gardaí and emergency services were alerted to attend at that scene.

An infant boy was removed from the scene by ambulance to Midland Regional Hospital, Mullingar where he was pronounced dead.

The remains of a juvenile female were discovered inside the car at the scene. Her remains were removed from the scene to Midland Regional Hospital, Tullamore.

An adult female was treated at the scene for burn injuries. She was taken by air ambulance to a Dublin Hospital. Her injuries were understood to be serious but not thought to be life-threatening.

On Thursday, September 15, the young Dennany siblings were mourned by hundreds during a joint funeral at St Mel's Cathedral in Co Longford.

The congregation heard that the young siblings were "inseparable in life" and are now "exploring the highways and byways of heaven" together.