Dr. Susan Hopkins, a native of Co Kildare, has been made an honorary Commander of the Order of the British Empire for her work in the UK during the pandemic. 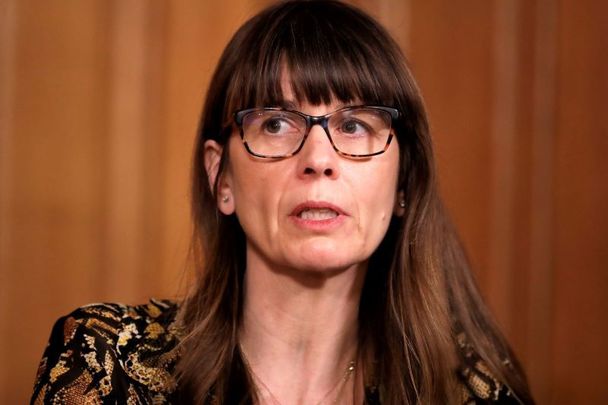 Dr. Susan Hopkins, a native of Co Kildare, has been made an Honorary CBE (Commander of the Order of the British Empire) for her services to Public Health as a Healthcare Epidemiologist Consultant in Infectious Diseases and Microbiology at Public Health England.

Hopkins, who trained at Trinity College Dublin, carried out her specialist training in Dublin hospitals before leaving to work in Seattle and Paris and ultimately settling in London. She is now Chief Medical Adviser at the UK Health Services Agency.

Hopkins has received an honorary award which is presented to those who have given service to the UK but are not British or a national of the country where the Queen is head of state. The CBE award is the highest-ranking honor in Britain outside of a knighthood or damehood and is awarded to those who played a prominent role at a national or regional level.

This year's awards were announced as ceremonies begin for Queen Elizabeth's Platinum Jubilee, marking the 70th anniversary of her reign.

At the time, Hopkins said: "I am very honoured to receive this award and recognition from the government of Ireland for my contributions to science and technology, working collaboratively with colleagues in the UK and globally to combat infectious diseases threats."

The Kildare native has also been named honorary clinical senior lecturer in the Department of Medicine at Imperial College London.

More than 1,130 people were named in The Queen's Birthday Honours 2022. Among them is Arlene Foster, the former First Minister of Northern Ireland and the former head of the Democratic Unionist Party (DUP), who was awarded a damehood.

Foster told the BBC that being made a damehood was an "honor for Fermanagh and South Tyrone."