The Ministry of Defence said in a statement that the six soldiers were arrested as part of a "planned operation" along with a Coldstream Guardsman veteran. 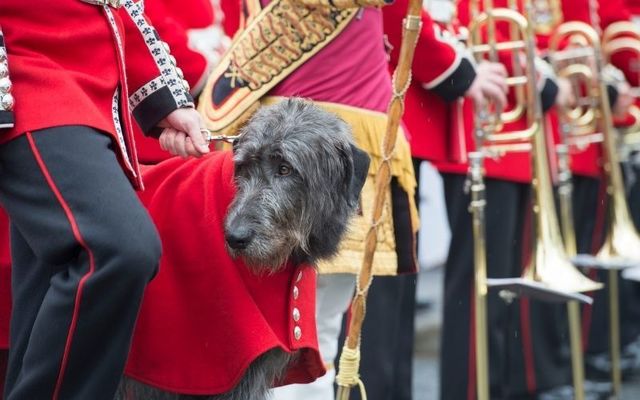 Six members of the Queen's Irish Guards have been arrested on suspicion of drugs and money-laundering offenses, the British Ministry of Defence has confirmed.

The Ministry of Defence said in a statement that the six soldiers were arrested as part of a "planned operation" along with a Coldstream Guardsman veteran.

"As part of a planned operation, the Royal Military police arrested six Irish Guards soldiers and a Coldstream Guardsman veteran from across the UK on suspicion of conspiracy to supply drugs and money lending and laundering offenses," the MoD said in a statement.

"None of the soldiers under investigation will participate in planned Queen’s platinum jubilee parades," the statement continued.

"The army does not tolerate any type of illegal or fraudulent behavior. As this is now the subject of an independent Royal Military police investigation, it is inappropriate to comment further."

The suspects were arrested last Wednesday following raids in Northern Ireland, Hampshire, north Wales, and Berkshire, according to a report in the Daily Mirror.

The Daily Mail reports that two of the suspects were investigated for several months before the arrests and are now being detained by the Red Cap Royal Military Police. The remaining five suspects have been released on bail.

The Irish Guards have been the most operationally active unit in the British Army in recent years. The regiment's 1st Battalion is set to take part in the annual trooping color ceremony on June 2 as part of the Queen's platinum jubilee celebrations, which celebrate the 70th anniversary of Queen Elizabeth's ascension to the throne.

Prince William presented the regiment with new colors last week ahead of the event.

Biden set to open memorial to Irish miners in Colorado