Family and friends of Lance Corporal Bernard Mongan are desperate for answers after the soldier's body laid dead in his Catterick Garrison bedroom for three weeks. 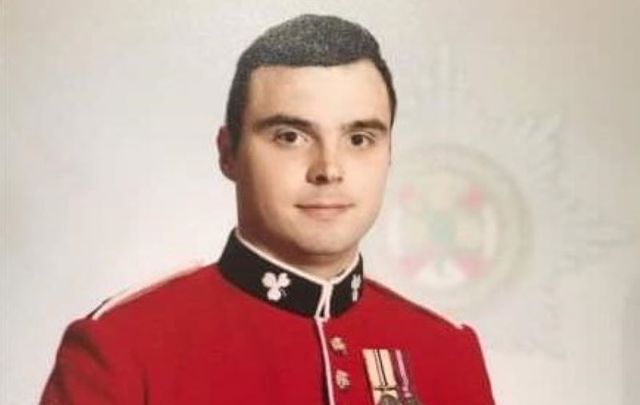 The circumstances surrounding Lance Corporal Bernard Mongan's death last month in the UK remain unclear, but his widow Beth, family, and friends are pushing for the British Army to provide answers.

According to the UK Mirror, L Cpl Bernard 'Bernie' Mongan joined the Irish Guards in 2004 and fought in the Iraq War but left the British Army in 2012, taking redundancy as part of government cutbacks. In 2015 he joined the Royal Signals and was attached to the Intelligence Corps for the past five years.

On January 23, Mongan's body was discovered in his bedroom at Catterick Garrison in North Yorkshire, England. Police believe he died on either January 1 or 2, but his body was so badly decomposed that a cause of death has yet to be determined.

The local North Yorkshire Police have handed over the investigation to the British Army who have not provided comment on the matter.

A Ministry of Defence spokesman, however, told the Daily Mail: "The circumstances surrounding the death of a soldier in Catterick are being investigated.

Bernie's widow Beth, 30, says she last spoke to Bernie on January 2. While the two were separated, they have three children together and maintained a close relationship.

She insists that Bernie didn’t display any signs of someone who was potentially suicidal and that no note was found at the scene as far as she knows.

“I don’t know what happened to him or why," Beth said. "But I know his work was very secret and very sensitive.

“What happened to Bernie is outrageous. How can a soldier be dead in his room for three weeks and nobody notice?"

Bernie was due to arrive in Berkshire for a short-term attachment to 77 Brigade Headquarters on January 8 but never arrived. According to army protocol, he should have been listed as AWOL, but wasn’t. Beth has not received an explanation as to why not.

"When he failed to report for duty, why wasn’t his room checked?" Beth said. "I have not received any answers to these questions. The Army has kept me in the dark.”

Beth said that Bernie was “excited” about an upcoming new posting, and that "he wasn’t behaving like someone who was about to take his own life.”

Beth added: “Sometimes I wouldn’t hear from him for a few weeks – so initially I wasn’t worried. I tried to call and text and Skype but I just assumed that he was busy in his new job.

“The fact that he didn’t answer wasn’t that surprising, but as time wore on I did start to get concerned and then just when I was going to contact the Army I was told that he was dead.”

Bernie was born in Bristol in the UK but spent “much of his childhood” in Ireland, where he developed a “soft southern Irish accent,” something that Beth attributes to the bullying Bernie was reportedly subject to.

Beth said Bernie had been “violently assaulted by two soldiers from Northern Ireland in November 2018.” It is understood the incident was reported and a bullying investigation had continued until at least November 2019.

According to Beth, Bernie “had been bullied quite a bit over the last couple of years. He was beaten up and as far as I am aware it is being treated as a racist incident.

"There were several other occasions when he felt he was being treated unfairly by senior members of his battalion."

Bella Innes, a veterans’ support worker who has known Bernie for about a decade and was regularly in touch with him, further said: “Bernie was intensely bullied. He told me he was beaten up by two Irish Guardsmen because he had a southern Irish accent.

“He said they called him a terrorist, beat him to the ground and jumped on his head. His face was black and blue.

“I know he has been bullied a lot in the past.”

Bernie's mother Mary Mongan is also desperate for answers. On Monday, she launched an online petition to gather support to get reveal the answers in her son's mysterious death.

I love u more then you’ll ever know bernie I can’t breath I never new what a broke heart was till now and I still don’t think il know because it dosnt Seam real u been gone it don’t seam real and u called me the cheeky one but I know u loved me ur baby sisters loves you so much , I love u so much I really am in shock I don’t know what to say I can’t belive you left us you have broke our hearts I just wish I could of seeing u once last time it is never ever goodbye not for me because I will meet u again and u will always be in my heart i love u so so much my fine goodlooking brother I’m so proud of you and always have been a gentle giant I wish I could just see ur face again that smile pleas god help us true this my poor mother is burrying her child my beautiful brother 😢

Other social media posts indicate that a funeral service for Lance Corporal Bernard Mongan will be held on February 20 in Ossett, West Yorkshire, England.