Duchess Kate Middleton received some hilarious parenting advice from a major in the Irish Guards on St. Patrick's Day. 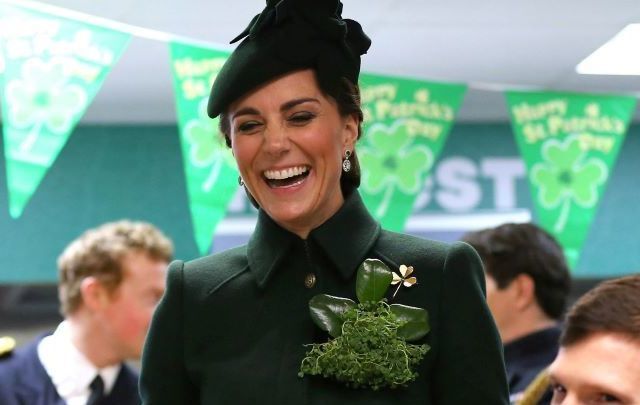 On March 17, The Duchess and her husband Prince William, the Duke of Cambridge, attended the annual St. Patrick’s Day Parade in Parade Square at Cavalry Barracks in West London, a tradition that dates back to 1901.

Some 350 soldiers from the Irish Guards marched in the parade, led by their mascot, Domhnall, an Irish wolfhound.

☘️ On #StPatricksDay The Duke of Cambridge, Colonel of the @Irish_Guards, accompanied by The Duchess, are visiting 1st Battalion Irish Guards at the St Patrick’s Day Parade. pic.twitter.com/CnfWeJlome

Kate Middleton has attended every year since 2012, except for 2016 when she chose to stay home with her two children.

As part of the traditional visit, Kate Middleton, who was decked out in green from head to toe, handed out sprigs of shamrock to those in the battalion.

During her visit, she stopped to chat with Major Ben Irwin-Clark, whose wife was cradling their newborn son, Rory. 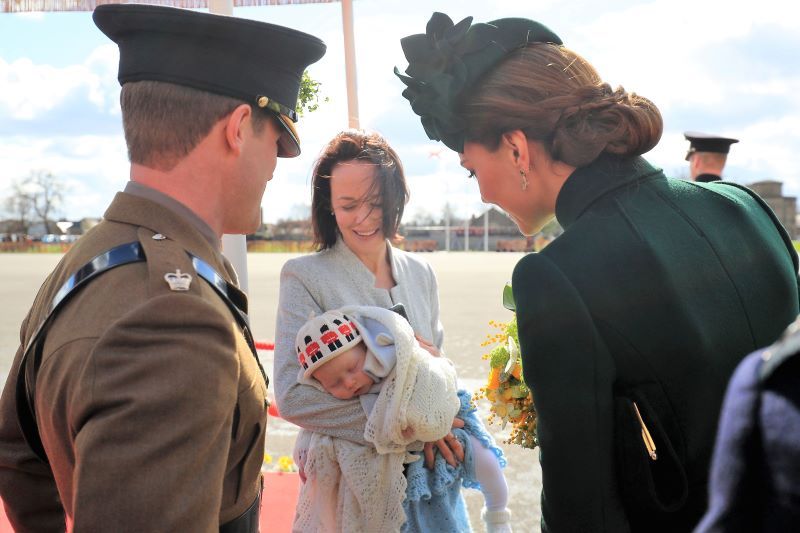 Middleton asked Irwin-Clark what their secret was to keeping the newborn baby so soundly asleep.

“Drop of whiskey in the milk,” Irwin-Clark hilariously replied before adding, “no it’s a joke.”

“Oh well enjoy, it just gets better and better,” said Kate, who has children George, Charlotte, and Louis with husband Prince William.

What parenting advice would you offer to Kate Middleton? Let us know in the comments!