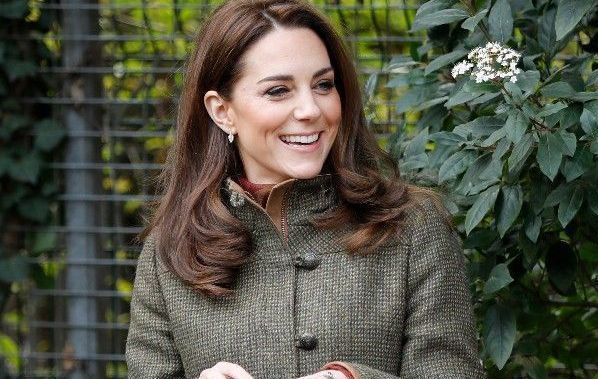 Kate Middleton and Prince William jetted off to Northern Ireland in secret, where they will spend the next two days visiting projects focused on young people.

The young people of Northern Ireland are to be celebrated over February 27 and 28 by Kate Middleton and Prince William in a surprise two-day trip.

#KateMiddleton and #PrinceWilliam kick off their tour of Northern Ireland with a little game of soccer! ⚽️ pic.twitter.com/svmAJrRE2j

“In Fermanagh, The Duke and Duchess will see the incredible work that the charity Extern is doing at their Roscor Youth Village, which is a residential activity centre for children referred to the charity by social workers or the Department of Justice,” added the statement.

“The site provides a safe space to help and support these young people, with particular emphasis on outdoor activities and developing independent living skills.

#PrinceWilliam & #KateMiddleton are in Belfast to kick off a royal visit to Northern Ireland! The Duchess stunned in a red @HouseofHerrera coat, later changing into athletic wear for some football! ⚽️ pic.twitter.com/2IkAWbDqXh

“Ending the day back in Belfast at the iconic Empire Music Hall, Their Royal Highnesses will attend a party celebrating young people who are making a real difference in Northern Ireland. The band LARKS will take to the stage, and guests will encompass representatives from Northern Ireland’s business, arts and sport sectors, including Dame Mary Peters who was today appointed Lady Companion of the Most Noble of the Garter by Her Majesty The Queen.”