Man killed by fallen tree in Wexford during Storm Eunice

Wexford County Council confirmed that a man was killed as a result of Storm Eunice on Friday. 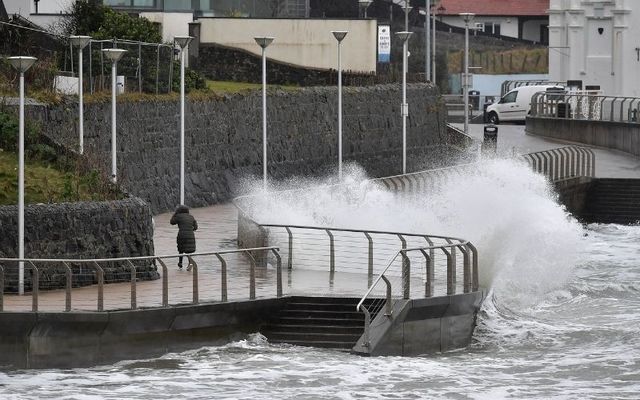 A man has died after being struck by a falling tree near the Wexford-Wicklow border as Storm Eunice made landfall on Friday.

The man, who was aged in his 60s, was out clearing debris caused by the storm in the Ballythomas area of County Wexford.

"The accident occurred as the employee attended the scene of a fallen tree in the North Wexford area.

"The employee’s family, An Garda Síochána, and the Health and Safety Authority have been informed.

"Our thoughts and prayers are with the employee’s family, work colleagues, and friends at this very difficult time."

Earlier on Friday, more than 80,000 homes were left without power across the country as the storm made landfall.

The ESB is currently working to restore power where it is safe to do so.

#StormEunice Update: ESB Networks crews restoring power where safe to do so. Apologies to our 80,000 customers without power. For more info visit https://t.co/Gn8Tc3Z494.
Estimated Restoration times available on https://t.co/cwxXH3X4kM pic.twitter.com/UhJWZT9n6D

Brian Tapley of ESB Networks told RTÉ that crews have been out "since first light" working to assess damage and restore power.

"Crews have been out since first light, since the Red warning has ceased, effectively assessing damage and restoring supply," Tapley told RTÉ.

"We expect to have significant numbers of our customers back by tonight."

However, he warned that power will not be restored until Saturday.

The majority of affected homes are located in south Kerry and west Cork, Tapley said.

Tree came down on our family house in Cobh this morning. Very lucky to say nobody was hurt, and only a few busted windows and a stray branch through the roof to show for it. Stay safe everyone #StormEunice pic.twitter.com/ipMue2eNFF

The DAA says all other flights are operating as scheduled but added that delays are likely since the storm is moving eastward over Britain and continental Europe.