The former chief strategist for former president Donald J. Trump has also been fined $6,500 and convicted of defying a subpoena investigating the attack on the US Capitol in January 2021. 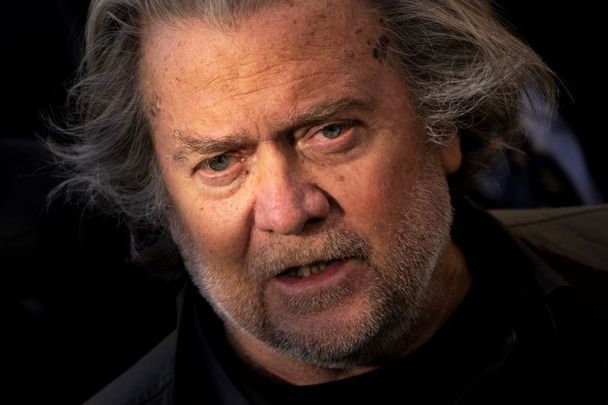 November 15, 2021: Former Trump Administration White House advisor Steve Bannon speaks to the press on his way out of federal court in Washington, DC. Bannon was charged on Friday with two counts of contempt of Congress after refusing to comply with a subpoena from the House Select Committee investigating the January 6 attack on the US Capitol. Getty

Former president Donald J. Trump advisor, Steve Bannon, has been sentenced to four months in prison after being convicted of two counts of contempt of Congress during investigations into the January 6 Capitol riots.

Steve Bannon, who served as chief strategist for Donald Trump between January 2017 and August 2018, has also been fined $6,500 after he was convicted of defying a subpoena from lawmakers investigating the attack on the US Capitol in January 2021.

On Monday, prosecutors recommended that Steve Bannon receive a six-month jail term and a $200,000 fine, arguing that he had refused to cooperate with a routine pre-sentencing financial investigation.

Bannon has become the first person in more than half a century to be jailed for contempt of Congress.

Bannon's attorneys had sought probation for their client.

Bannon, who revealed in 2015 that he comes from a "blue-collar, Irish Catholic, pro-Kennedy, pro-union family of Democrats", was a key adviser during Trump's 2016 presidential campaign and helped to stoke right-wing opposition to immigration in the US.

He has consistently promoted right-wing causes and candidates in the US and further afield.

It took a jury of eight men and four women just three hours to convict Bannon of two counts of contempt of Congress after he refused to testify or provide documents to the select committee.

Prosecutors called just two witnesses during Bannon's trial, while Bannon's attorneys called none. Bannon chose not to testify during the five-day trial in July.

Bannon's legal team decided to present no evidence during the trial after US District Court Judge Carl Nichols excluded the "advice of counsel" argument, arguing that the case law at DC Circuit Level held that it was not a valid defense for defying a subpoena.

As set out in Licavoli vs the United States 1961, the Justice Department had to prove beyond all reasonable doubt that Bannon's refusal to comply with the subpoena was deliberate and intentional.

His lawyers have indicated that he will appeal the sentence.

The 68-year-old was also indicted in New York in September on charges of money laundering and conspiracy.

The former Trump adviser is accused of defrauding hundreds of thousands of donors through a phony "We Build the Wall” online fundraising campaign which raised more than $25 million.

Prosecutors claim that Bannon and three others deceived donors into giving money to fund a wall on the US-Mexico border.

Bannon, who pleaded not guilty to the charges, could face up to 15 years in prison if convicted.

Trump and three of his children also face a civil fraud lawsuit from New York's Attorney General Letitia James, who has accused them of overstating asset values and Trump's net worth in order to receive favorable bank loans and insurance coverage.