Steve Bannon’s Irish ancestors arrived to US after Great Hunger

Raised in a "blue-collar, Irish Catholic, pro-Kennedy" family, Bannon's great-great-grandfather arrived to the United States in 1850. 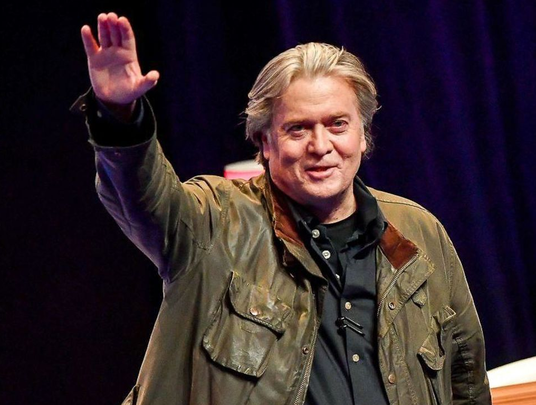 President Donald Trump's former chief strategist, Steve Bannon, who has been indicted for fraud, has strong Irish roots dating back to the Irish Famine.

Steven Bannon who is currently on bail having been arrested for fraud, in relation to the fake We Build the Wall project, aimed at securing the United States border. As someone who, as Donald Trump's chief strategist, until 2017, voice fervently anti-immigrant views however ironically his own great-great-grandfather, Lawrence Bannon arrived to America, from Ireland, just after the Great Hunger in 1850.

Bannon's Irish roots were publically unearthed by the late-night TV host and comedian, Trevor Noah, who was reacting to an interview with Bannon on 60 Minutes. Bannon had criticized President Trump’s handling of the Deferred Action for Childhood Arrivals issue.

During the interview, Bannon had said “Look at the 19th century, the control of borders. Economic nationalism is what this country was built on.”

Noah responded on his show, The Daily Show with Trevor Noah, "I don’t know why he’s fighting about this, we all know America is a nation of immigrants... But, just for fun, we called a professional genealogist who found out that Steve Bannon’s great-great-grandfather, Lawrence Bannon, arrived in the U.S. from Ireland by the 1850s, at a time when America’s borders were so open that Irishmen could walk into the country with no passports, no visas, no background checks of any kind...

“So in many ways, Steve Bannon’s great-grandfather was a DREAMer.

"Yeah, and his great-grandson is a fucking nightmare.”

Who would have thought!

In 2015, Bloomberg  interview Bannon himself revealed "I came from a blue-collar, Irish Catholic, pro-Kennedy, pro-union family of Democrats.”

Indeed Stephen Kevin Bannon was born, in 1953, in Norfolk, Virginia, to Doris (née Herr), a homemaker, and Martin J. Bannon Jr. His father worked as an AT&T telephone lineman and as a middle manager. His parents were indeed a working-class couple who were pro-John F. Kennedy and pro-union Democrat.

Bannon is of Irish, and some German, descent. Much of his mother's side of the family settled in the Baltimore area, a hotspot for German arrivals to America throughout the 19th century.

Bannon has been married three times, including his marriage to Diane Clohesy, who hailed from County Limerick. They were divorced in 2009.