Aaron Brady was convicted of the capital murder of Detective Adrian Donohoe which occurred in January 2013. 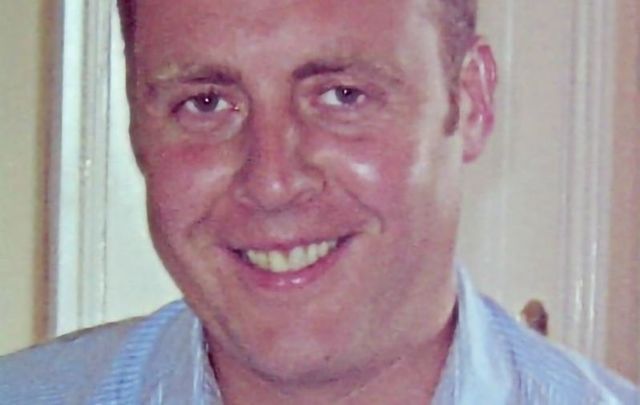 Detective Adrian Donohoe was killed in the line of duty in January 2013. RollingNews.ie

The lead investigator, now retired Detective Inspector Pat Marry, was able to use the information to print posters that were circulated around the Irish community in New York and helped lead to Brady’s conviction in Dublin Central Criminal Court of the capital murder of Detective Garda Adrian Donohoe.

Marry this week told The Irish Times that the key Sinn Féin witness, who has not been named because he didn’t give evidence in the trial, would not make a statement to gardai before consulting with the party hierarchy.

Marry said he had to go to a Sinn Féin TD for help in the matter. The witness was then informed by the party there was no issue with him speaking to gardai.

The witness then gave a statement which detailed how he heard Brady confess to the murder. It was the first major breakthrough for gardai probing Donohoe’s murder in a €7,000 robbery at the Lordship Credit Union in Co Louth in 2013.

The witness’s evidence was eventually disallowed at a pre-trial hearing due to technical issues late last year.

However Marry, who retired two years ago, said the Sinn Féin member was still a vital witness as he disclosed that there were other people living in New York with information on Brady, leading detectives to concentrate their efforts there.

As a result of speaking to him, Marry printed 150 posters appealing for information that was put up around New York, a development reported on by the Irish Voice extensively at the time. These led to further vital leads for the garda and Brady’s eventual conviction last week.

Two New York-based witnesses who did give evidence confirmed to the court they heard Brady admit to killing a garda before he fled from his home in Co Armagh to the US.

Brady – who was extradited from the Woodlawn area of the Bronx in New York City to face trial in Ireland– remains in custody in Dublin’s Mountjoy Prison. He faces a mandatory 40-year sentence for the capital murder but that won’t be formally imposed until the court hears victim impact statements in October.

So far, Brady is the only one of the gang who conducted the fatal robbery in 2013 to be convicted, but Garda Deputy Commissioner John Twomey has warned others in the raid, “We will be knocking on your door and we will make sure you pay for this horrendous act.”