A jury today found Irish man Aaron Brady guilty of the capital murder of Detective Garda Adrian Donohoe in Jauary 2013 with a decision of 11 to one. 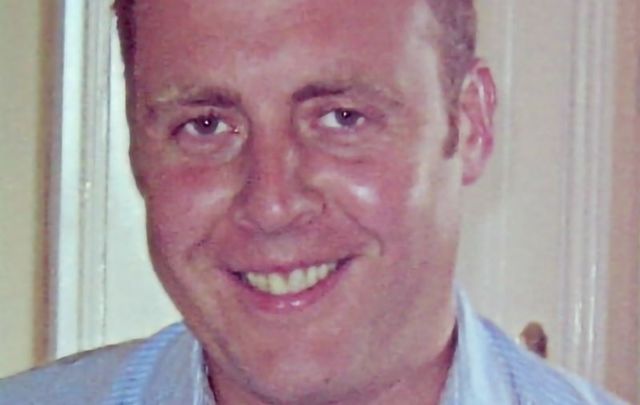 Detective Garda Adrian Donohoe was shot and killed while on duty in Co Louth on January 25, 2013. RollingNews.ie

Aaron Brady, 29, has been found guilty of the capital murder of Detective Garda Adrian Donohoe that occurred in January 2013.

A jury consisting of seven women and five men delivered their 11-1 majority decision on August 12 at Dublin's Central Criminal Court following more than 20 hours of deliberation. Presiding Justice Michael White had previously told the jury he would accept a majority verdict as opposed to a unanimous.

The jury could have decided upon one of four verdicts: guilty of capital murder, murder, manslaughter, or acquittal. According to RTE, for Brady to be convicted of capital murder, the jury must have been satisfied beyond a reasonable doubt that Brady was the shooter and that he knew he was shooting a garda who was acting in the course of his duty or was reckless as to whether he was a garda.

The capital murder verdict comes just two days after the jury unanimously found Brady guilty of being involved with the robbery that reportedly lasted just 58 seconds.

With the court having sat for 122 days, the trial of Aaron Brady has become the longest murder trial in the history of the State. The jury heard from 139 witnesses throughout the proceedings.

Brady, of Crossmaglen in Co Armagh, had denied all of the charges put against him.

On January 25, 2013, Detective Garda Adrian Donohoe, 41, was on an armed cash escort when his convoy was ambushed by a five-man gang. After stepping out of his unmarked vehicle, Det Donohoe was shot at point-blank range and killed. He was the 87th member of An Garda Síochána to die in the course of duty.

In Ireland, a capital murder charge carries a mandatory minimum sentence of 40 years in prison. According to BBC, Judge White is due to hear victim impact statements before deciding how long Brady will spend in jail. A sentencing hearing has been scheduled for October 14.

Following the jury’s verdict on Wednesday, An Garda Síochána issued the following statement: “An Garda Síochána acknowledges the Capital Murder Conviction of Aaron Brady today Wednesday 12 August 2020 for the murder of Detective Garda Adrian Donohoe during the robbery at the Lordship Credit Union, Co. Louth on the 25 January 2013.

“Detective Garda Adrian Donohoe was carrying out his duty, protecting the people of County Louth when he was shot and murdered in the course of a robbery.

“Today’s conviction clearly demonstrates the commitment and tenacity of the investigation team based at Dundalk Garda Station supported by the wider organisation.

“This criminal investigation remains live as other suspects remain to be brought to justice before the courts.

“An Garda Síochána appeals to any person with any information with respect to the murder of Detective Garda Adrian Donohoe to come forward to detectives with that information.  The investigation team can be contacted at Dundalk Garda Station 042-9388400 the Garda Confidential Line 1800 666 111 or any Garda Station.

“Very much today our thoughts are primarily with Adrian Donohoe's family. We in An Garda Síochána will continue to support the family, and the friends and colleagues of Adrian within the wider organisation."

John Twomey, Deputy Commissioner for policing and security, told press today following the verdict: “There were other people involved in this horrific crime, and you will be brought to justice and we will make every effort and leave no stone unturned.”

He added: “No society can tolerate crimes of this nature. We, as a law enforcement agency, will do everything we can to work with the community to bring the perpetrators to justice.

“I want to make an appeal to the people who committed the crime - we will be knocking on your door and we will make sure that you pay for this horrendous act.”

'We will be knocking on your door and we will make sure you pay' - Deputy Commissioner John Twomey has said no stone will be left unturned as gardaí seek to bring the other people involved in the murder of Det Garda Adrian Donohoe to justice | Read more: https://t.co/cP7WKP29eI pic.twitter.com/bFWpgdJqAI

Donohoe’s widow Caroline, who was a member of the police force but left following her husband’s murder, told reporters outside of the court on Wednesday: "I would like to most sincerely thank the jury for sticking with this trial for so long and for my garda colleagues and for the prosecution team, on behalf of Amy, Niall and myself, thank you very much.”

Caroline Donohoe thanked the jury 'for sticking with this trial for so long' after Aaron Brady was found guilty of the capital murder of her husband, Det Garda Adrian Donohoe, outside Lordship Credit Union in Co Louth in 2013 | Read more: https://t.co/cP7WKP29eI pic.twitter.com/kYL9l95Utu

Colm Donohoe, Adrian’s brother who is also a garda member, told press today:  “The professionalism and the quality of this investigation has been borne out by the fact it was able to withstand the most robust and forensic examination by the defence in this case. It’s a huge credit to each and every person involved in the investigation that we stand here today.

“We would be remiss for us not to acknowledge and thank the extraordinary help to the investigation by law enforcement agencies around the world. I would like to thank them all, but a special word of thanks has to go to US authorities and especially to Homeland Security, who took on investigation like Adrian was one of their own."

Brady had lived in New York City for a period after Donohoe's murder. A witness who worked at a bar that Brady frequented in the Bronx testified that Brady had admitted to shooting a cop while living in Ireland.

Donohoe continued: “Aaron Brady was not alone in Lordship on the 25th of January 2013. The quest for justice for Adrian will continue and we appeal to anyone, near or far, who has any information and may assist in this investigation come forward and do the right thing to bring those involved to justice.

“While justice has been done today, nothing will bring back Adrian to his wife, his two kids, his parents, his family, his colleagues, and his friends. As it has been said, Adrian was a good man, it’s the very least he deserves it that justice be served.”

Colm Donohoe, brother of Det Garda Adrian Donohoe, has paid tribute to the gardaí who investigated the murder of his brother while grieving for a colleague | Read more: https://t.co/cP7WKP29eI pic.twitter.com/l4molWFp4d