Shaun Donovan, who previously served in President Obama and Mayor Bloomberg's administrations, has officially launched his campaign to be the next mayor of NYC. 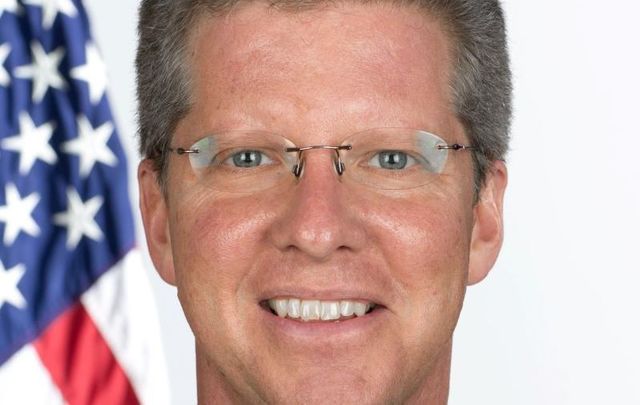 Shaun Donovan, pictured in 2014 when he was the Director, Office of Management and Budget. Public Domain / Chuck Kennedy / White House official photo

Shaun Donovan, the grandson of a “dirt poor Irish kid” and former member of the Obama administration, kicked off his campaign to be the next mayor of New York City on December 8.

In a launch video shared on his Twitter on December 8, Donovan said: “I’ve devoted my life to public service for one simple reason: to be part of the solution.”

Donovan previously served as the US Secretary of Housing and Urban Development from January 2009 to July 2014, and later as the Director of the Office of Management and Budget from August 2014 - January 2017 in the Obama administration.

Prior to that, Donovan was appointed by former NYC Mayor Michael Bloomberg as the Commissioner of the New York City Department of Housing Preservation and Development, a role he served between March 2004 and January 2009.

In his launch video, Donovan touted his work alongside the former president: “President Barack Obama asked me to serve as his Secretary of Housing and Urban Development, and later, to manage the $4 trillion federal budget. We worked side by side to deal with some of the greatest crises our nation has ever faced.”

Donovan promises to fight for homes, good schools, and good jobs for all.

We are in crisis. There is fear that the New York we love won’t recover; that the damage will be too much to overcome.

But in my bones I believe we will come back. And I know that we can come back stronger.#ShaunWorks4NYC

The 2021 New York City mayoral election will feature a primary on June 22, 2021, followed by a General Election on November 2, 2021. The city's current mayor, Bill de Blasio, is not able to seek reelection due to term limits.

Donovan, a native New Yorker who now lives in Brooklyn with his wife Liza and their sons Milo and Lucas, holds degrees from Harvard University.

Earlier in 2020, Donovan gave a brief overview of his upbringing and how it led him to politics during an interview with City & State New York: “My grandfather was one of 11 dirt poor Irish kids growing up on the south side of London. He worked the docks as a teenager.

“My dad came to the U.S. to get educated, came to New York for his first job. He had enough money to buy stationery to start a small computer company – what you would call programming today, but this was before the word ever existed. And he spent his entire career building that company here in New York City.

“And so one of the reasons – in many ways the primary reason – I'm so passionate about New York City, why I feel that deep gratitude and responsibility to the city, is my dad came here and lived the American dream. And everything that this city gave him, that it gave me, in terms of opportunity, is why I throughout my career have wanted to give back to this city. And frankly to help families who didn't have the same opportunities that I did.”

Senator Menendez: “Thank you, Mr. Chairman. Mr. Chairman, with your expertise of Irish history, I would have pronounced the Commissioner's name ‘Donovan,’ but I keep hearing you say ‘Dunovan’' and I am going to defer to the Chairman and say ‘Dunovan’ for the purposes of this hearing. I am sure if it assures the passage, he won't quite mind, whichever one is the correct one. [Laughter.]

Senator Menendez: “Well, I always think the Chairman is right, so in any event----”  [Laughter.]

Chairman Dodd: “You had better start calling yourself ‘Dunovan.’” [Laughter.]

Senator Menendez: “It might lead you well, at least for the hearing. But in any event----”

Senator Menendez: “I thank my esteemed colleague for reaffirming what I thought was the case.” [Laughter.]