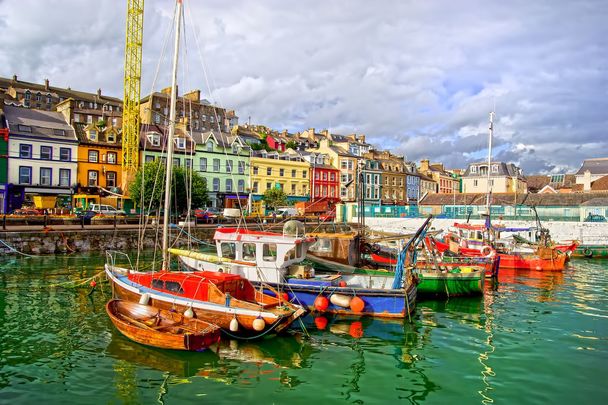 The Russians are coming and Irish fishermen are ready to disrupt their war games claiming they are taking place in Irish territorial waters, 150 miles off the Irish coast. Since the Russians informed the Irish government about the exercises this week all hell has broken loose among Irish fishermen.

The fishermen say the exercises could damage their livelihoods as they are taking place in a very popular fishing area.

Now it looks like the Russians are blinking after the Russian ambassador Yury Filatov gave a hurried press conference in Dublin denying they meant any harm. Russia he said was "not in any way a threat to Ireland or anybody else". He claimed the reaction to the exercise is "hugely overblown".

Russias ambassador to Ireland says controversy about the Russian military exercise due to take place off Irish coast is “hugely overblown”. Yury Filatov said the exercise was “not in any way a threat to Ireland or anybody else” and he said no harm is intended by it @rtenews pic.twitter.com/eZNyD2sCE6

If it ever got nasty Ireland has nine operational ships in its navy while Russia has 302 warships not to mention 29 nuclear submarines.

Undaunted by the lack of protection from the Irish Navy, Irish fishermen pressed ahead with their plans to disrupt.

Patrick Murphy,  CEO of the Irish South and West Fish Producers says Irish fishing boats are ready to disrupt the exercises announced by the Russians because they endanger fIshermen’s livelihood.

“We want to act. We’re not going to face down boats, we’re not going to take them on that way, but we are definitely making a point here and we want our government to do something for us,” Murphy announced.

“Our boats will be going out to that area on the first of February to go fishing,” Murphy said.

"When one boat needs to return to port, another will head out so there is a continuous presence on the water," he continued.

“If that is in proximity to where the [military] exercise is going, we are expecting that the Russian naval services abide by the anti-collision regulations.”

The Irish fishing industry has taken “as much as it can possibly take,” Murphy said.

The Minister for Foreign Affairs is to raise the issue of Russia engaging in military exercises off Irish waters with the Russian Ambassador to Ireland, Yury Filatov | Read more: https://t.co/T6EEtDr9uU pic.twitter.com/MILiiV07Mk