Dr. Karen Weekes, a sports psychology lecturer from Co Galway, is aiming to become the first Irish woman to row across the Atlantic Ocean unassisted. 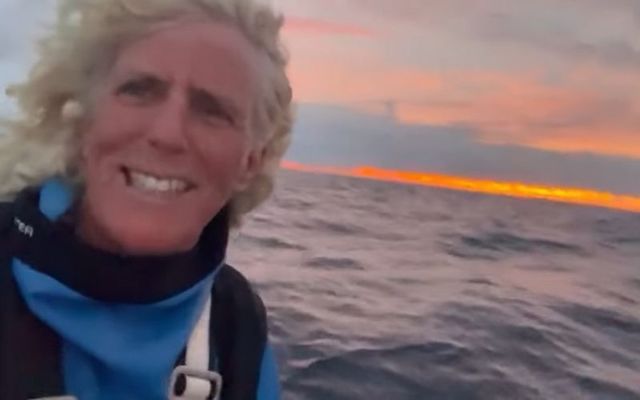 An Irish rower aiming to become the first Irish woman to row across the Atlantic Ocean unassisted has reached the mid-Atlantic.

Dr. Karen Weekes, a sports psychology lecturer from Kinvara in Co Galway, launched her journey from Puerto Mogan in Gran Canaria on December 7 and will row almost 3,000 nautical miles before reaching Barbados in the Caribbean by the end of February.

Weekes is undertaking the massive feat as part of the #SheCanDo campaign, which aims to provide a platform for encouraging women and girls to push themselves outside their current comfort zone and to believe in their abilities to succeed both in their work and everyday lives.

Hi all. Maeve here from the #shecando2021team with a new video from Karen, who is in top form and delighted to be showing us the amazing sunset this evening #hanleyenergy #somexautomation #mtu #jimmckeeart

She told RTÉ News that the journey was both mentally and physically tough but said that there was nowhere else she'd rather be.

"I'm enjoying this and I'm not ready to get off this boat yet," Weekes told RTÉ.

Weekes has faced numerous challenges since starting her voyage almost two months ago. She was hit by a storm shortly after beginning the voyage, while she has also had to deal with a broken rudder and very slack winds, which have slowed her progress in recent weeks.

She said on Sunday that she was "hauled north" by a localized storm system.

Weekes rows for up to 16 hours per day when the weather is favorable before resting in a small cabin on-board her boat, which is named Millie after her mother.

Her diet consists of dried foods, which she prepares using a desalinating machine.

She said that she has met just one passing sailor since beginning her journey, while her boat was also visited by shoals of fish, migrating birds, and a hammerhead shark.

Maeve Kelly, Weekes's friend who is supporting her back home in Ireland, told RTÉ that this is the biggest challenge that Weekes has ever undertaken.

"She has undertaken some challenges in the past but this is the biggest," Kelly said.

"She is a tough woman and I have no doubt that she will achieve her aim and become the first Irish female to cross the Atlantic solo and unassisted."

You can follow Weekes and her boat Millie as they make their way across the Atlantic Ocean here.