The Hard Way Home have called it a day but their adventure rowing across the Atlantic has raised over €5,000 for The Kevin Bell Repatriation Trust. 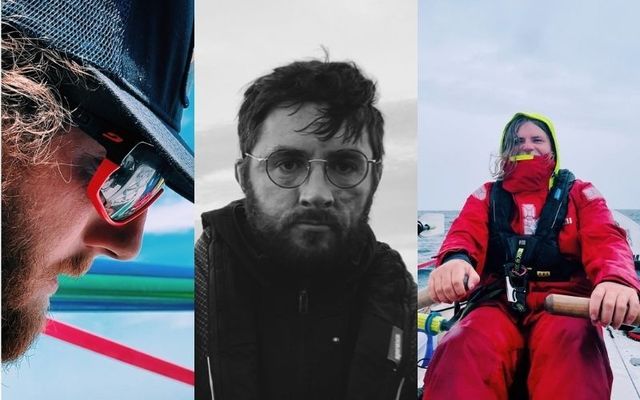 The Hard Way Home crew have sadly had to abandon their transatlantic adventure from America to Ireland, but it hasn't ended in vain.

In June, Réamonn Byrne, Ryen Cosgro and Chris McCaffery began a journey of a lifetime by setting sail unsupported from New York in a specially designed rowboat.

Destination? Ireland, sitting only 3,063 miles away on the other side of the Atlantic.

This madness had a purpose though, with money being fundraised for The Kevin Bell Repatriation Trust, a charity that financially aids bereaved families bringing the body of a loved one who has died abroad in sudden or tragic circumstances back to Ireland.

The trip to Ireland for the three men has been filled with highs and lows. After two weeks out on the open sea, experiencing incredible wildlife and breathtaking sunrises, Storm Claudette hit and caused such damage to their 25 ft long boat that the crew made the decision to call for help.

They docked in Cape Cod, and became local celebrities while they decided what to do next. More determined than ever before, The Hard Way Home knew their story wasn't over yet. Their boat was repaired and once more they took off from the shores of Nantucket towards Ireland.

Keeping people updated on their Instagram page, the crew has shared incredible stories from the middle of the Atlantic Ocean. From videos of playful dolphins keeping them company, to how they endure stormy nights, and the everyday practicality of washing their clothes.

Unfortunately at the end of August after a power system failure that left them without a communication network, the team was left with no choice but to finish the journey uncompleted.

"After dodging so many bullets and coming up with solution after solution to keep it moving we’ve unfortunately run out of luck.

"This week has been testing — a massive wave ripped the rudder right off the back of the boat and we fully rebuilt the bracket stronger and replaced it while moving in big seas.

"We’ve been rocked and nearly capsized a couple of times, awake all night bracing for the next big one to hit...But the new power system started to display ominous error messages, comes back on but breaks again the following day.

"We can’t go on with communications and safety systems dark, so while obviously disappointing, it’s a decision that makes itself," they wrote on Instagram.

After making a call to the Canadian Coast Guard, a request to nearby ships was sent out and they were eventually taken on board an oil tanker by the name of 'Magnolia Express'.

Speaking to IrishCentral, County Wexford man Réamonn Byrne who spent five years planning the excursion, gave an update on their situation and how they were feeling.

"We’re off the coast of Boston [and] will hopefully disembark tomorrow. We’re feeling fine...We had a couple of hours of disappointment on [the boat] and then we got on with it... We’re already rested and ready to go [and have] big plans for the future."

Speaking about the money they've raised for The Kevin Bell Repatriation Trust he said,

"It’s tough to run a fundraising campaign from the middle of the North Atlantic. We would love to make a big final push. So many people loved to watch the journey unfold.

"If everyone gave a little that enjoyed following along we could really help some families in need."

Looking back on when I first spoke to Réamonn before The Hard Way Home left New York, I asked what was driving him to attempt this challenge.

“My vision was to always be a 1,000 miles out to sea in the nothingness and to be able to row a boat and that’s all there is in the whole world,” he explained.

In the end, he got to do exactly that.