An Irish man and two Americans are rowing unsupported across the North Atlantic to Ireland. 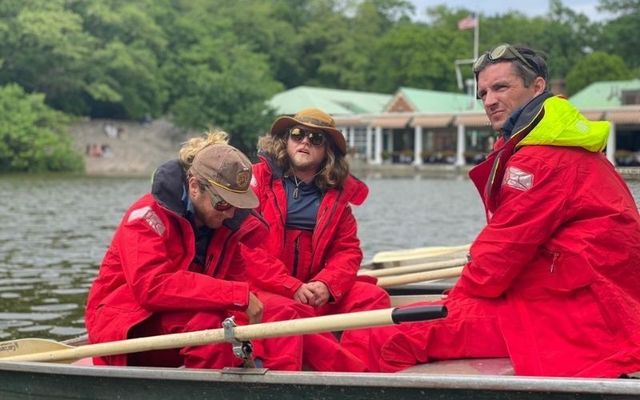 Three men-an Irish man and two Americans- are rowing unaided across the North Atlantic to Ireland and raising money for The Kevin Bell Repatriation Trust while they do it.

Irish man Réamonn Bryne is behind the extreme adventure and speaking to me on the phone all the way over in New York, he explains how the plan has been five years in the making.

Originally Réamonn had planned to row with his friend Gus and together they found a boat in Canada that would be durable for the journey. “We bought the boat off some Irish guys in Vancouver… they had built the boat to row around the North West Passage,” says Réamonn.

Plans eventually changed for Gus and Réamonn was left with the task of finding a team who would be able to take on such a challenge. At one point he had gone through ten different people who thought it was for them but changed their mind after thinking it over. “Which is good, because better to figure that out at home than a 1,000 miles out to sea.”

Eventually, two men from Australia and Egypt agreed to partner on the journey but once the pandemic took hold they were unable to get into America and it was back to square one.

“This whole thing has really been a massive logistical thing, it’s constant problem-solving…I was thinking then that I really need are guys who can [get to] New York [easily],” he explains.

Réamonn decided to put an advert on an online adventure forum and this is how he found Ryen Cosgro and Chris McCaffery, both endurance and outdoor professionals.

“Things happen for a reason, you have to have faith that if you keep working at it, it will come good… everything that happened in the last few months, it’s been like a pressure cooker to get this thing actually ready to go. The money and the sponsors and all the things involved, and with Chris and Ryen, it wouldn’t have worked last year I don’t think.”

The boat itself is 25 ft long with an 8 ft beam across and two rowing positions and is essentially a big rowboat. The setup is that while two of the three men row, the other can take a rest in the small covered sleeping quarters at the back. In case of capsizing or emergency, they will have an EIPRB locator on the boat itself, a separate life raft and we’ll also have individual vests with personal locator beacons. 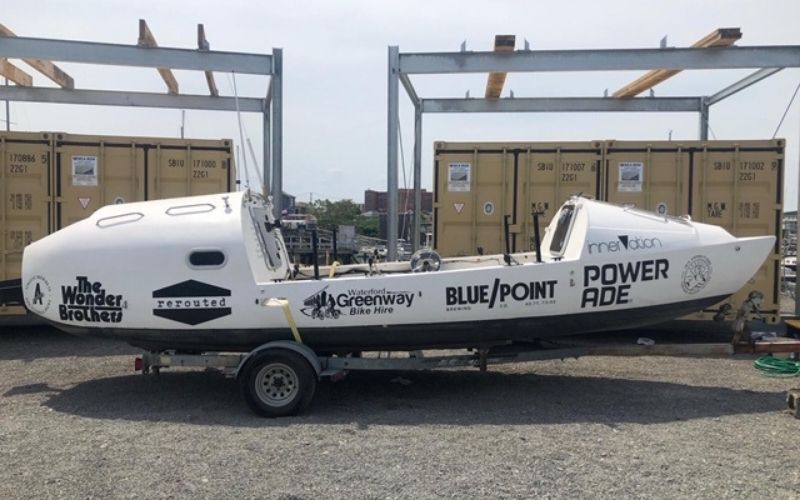 The journey the three men will be taking has an added element because as they battle the unpredictable elements of the sea, they will raising money for The Kevin Bell Repatriation Trust.

The charity aims to alleviate the financial hardship of bereaved families repatriating the body of a loved one who has died abroad in sudden or tragic circumstances back to Ireland.

The next obstacle to overcome in all this is the weather, which allows a small window of opportunity this time of year that makes it safe to push the rowboat out into open waters.

“Our boat is built to be offshore and to withstand a hurricane. What it’s not built for is maneuvering around in the wind close to the shore. Because we don’t have any power and we don’t have sails, if a wind gust comes along at 30 knots it will blow us in the direction it’s going.

"We have to get as far offshore as we can, a couple of 100 miles as quickly as we can, at the very start. That’s going to be the case on the other side as well and landing the boat will be dangerous because of the wind.”

The journey has been postponed due to the weather, but they are now scheduled to set sail for Tuesday morning of June 8, at the earliest.

The journey should take between 60 to 70 days and Réamonn, who is from Kilmack in County Waterford, ideally hopes to land the rowboat near his home. “The plan is to cut that corner [of Ireland] and go down the south coast and land in Dungarvan and have a ten-minute drive up to the house,” he laughs.

My final thought during this conversation is the question of what drives Réamonn to do this, to go through the months upon months of planning, disappointment, excitement, and setbacks?

“My vision was to always be a 1,000 miles out to sea in the nothingness and to be able to row a boat and that’s all there is in the whole world,” he explains.

You can donate to the Hard Way Home here. Keep up to date with Réamonn, Chris, and Ryen's adventure out to sea and track their progress here.