Civilian aircraft will be diverted away from the area during the exercises, which will take place 240km off the coast of Cork within the Irish exclusive economic zone. 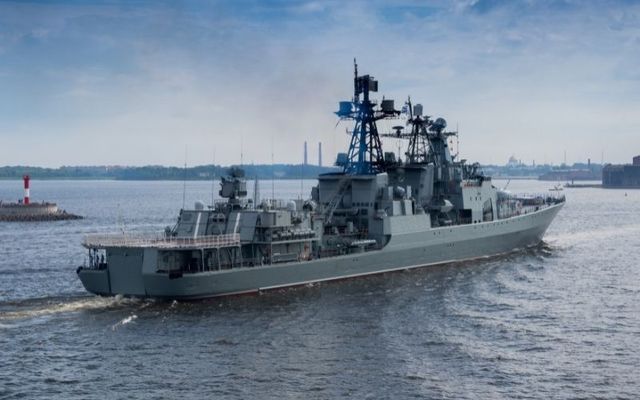 The Russian Navy plans to carry out live-fire artillery training exercises off the Irish coast in February, prompting concerns amongst Irish politicians.

The Irish Aviation Authority (IAA) has sent a notice to air traffic control in Ireland confirming that the exercises will take place between February 3 and February 8 and between 5 a.m. and 3 p.m. on those dates.

The exercises will take place 240km off the coast of Cork in international waters but within the Irish exclusive economic zone (EEZ).

Civilian aircraft will be diverted away from the area during the exercises, according to the IAA notice.

Irish Minister for Foreign Affairs Simon Coveney will be meeting with Russian Ambassador to Ireland Yury Filatov to discuss the issue, while he will also raise it with other European leaders.

Minister for State Patrick O'Donovan told RTÉ's The Week in Politics that Coveney is "is not happy with this and will raise it with the Ambassador".

She added that the Irish Government had taken "no meaningful action" to improve radar surveillance, even though a 2015 White Paper report outlined it as a priority.

The Department of Defense described the meeting as a "routine courtesy call".

However, Independent TD Cathal Berry said that he believed the meeting was in relation to the proposed live-fire training exercise.

Berry, a former army ranger, said that the exercise was legal but added that it is also a "warning to Ireland that we are militarily weak".

He said that the exercises were intended as an act of provocation since they would take place close to international flight paths and underwater cables.

The IAA said that the safety of Irish airspace will not be compromised by the exercises.

In a statement, the Authority added that exercises are uncommon but that similar activities in Irish-controlled airspace have taken place from time to time.

The Department of Transport also confirmed that the safety of civilian aircraft will not be compromised by the operations.

The news comes as talks in Geneva between US Secretary of State Anthony Blinken and Russian Foreign Minister Sergey Lavrov over the deteriorating situation in Ukraine ended without agreement.

Russia continues to build up troops on the Ukrainian border, while the West continues to send arms to Ukraine, leading to fears of imminent war.