Known for "Tinker Taylor Soldier Spy" and "The Spy Who Came in From the Cold", John Le Carré applied for his Irish citizenship following the Brexit vote in 2016. 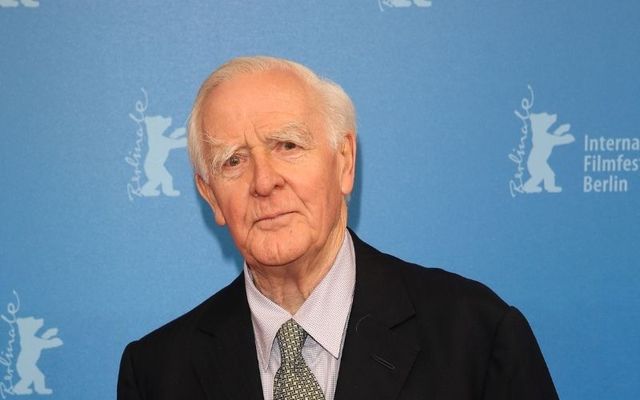 Renowned British spy writer John Le Carré died an Irish citizen after applying for citizenship in the wake of the Brexit referendum.

Le Carré, who qualified for Irish citizenship through his grandmother, died in December last year at the age of 89 following a short battle with pneumonia.

The famous author, whose real name was David Cornwell, published several acclaimed spy novels, including "Tinker Taylor Soldier Spy" and "The Spy Who Came in From the Cold" in a glittering career that spanned nearly five decades.

Le Carré's son Nicholas told the BBC that his father began his quest for Irish citizenship due to his disillusionment with the Brexit vote in 2016.

"One of the last photographs I have of him is him sitting wrapped in an Irish flag, grinning his head off," Nicholas Cornwell told a new BBC Radio 4 documentary. "He died an Irishman".

Le Carré discovered that he was entitled to Irish citizenship through his Irish grandmother Olive Wolfe, who was born in County Cork, and he successfully applied for his Irish passport.

"When the archivist who was helping him to research his roots in Skibbereen said 'welcome home', it was vastly moving for him, a huge emotional shift, an awareness of history and self which had genuinely eluded him his whole life," his son Nicholas told the BBC.

Le Carré was inspired to apply for his Irish citizenship following the decision to leave the European Union in 2016 and he said that the Brexit vote was "the greatest catastrophe and the greatest idiocy that Britain has perpetrated since the invasion of Suez".

The Suez Crisis of 1956 was a disaster for the British Government and confirmed Britain's loss of global power.

Shortly before his death, Le Carré told CBS that he did not want to be a part of modern-day England.

"My England would be the one that recognizes its place in the EU," Le Carré told 60 Minutes.

"The jingoistic England that is trying to march us out of the EU, that is an England I don't want to know."

Le Carré's novels also frequently painted post-imperial Britain and its spies as ruthless, corrupt, and incompetent, while some of his later works attacked US foreign policy.