Brexit has triggered a sharp surge in demand for places at Ireland's colleges from overseas students. 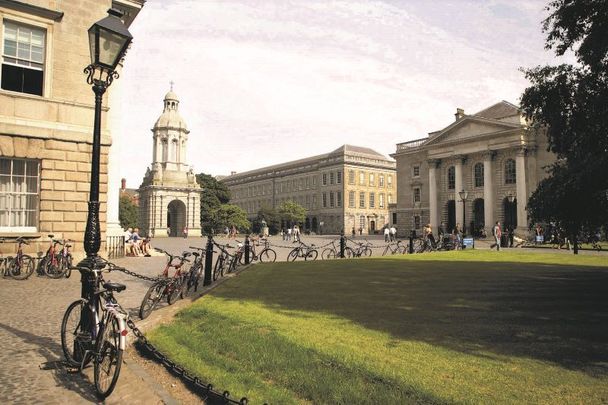 The number of applications for third-level courses has soared since the start of the pandemic, with a record 79,303 recorded on February 1 this year, an increase of nine percent from the same period last year.

Almost half of the extra 6,268 college applications are from people living outside the Republic, the Irish Independent reports.

The publication notes that the figure includes an added cohort of 2,600 non-Irish, non-U.K. applicants from both EU and non-EU nations who, it is believed, would previously have opted to study in the U.K.

In addition, there are 300 more applications from U.K. students including a sizeable number from Northern Ireland.

Despite the increased competition for courses, the figures will provide a boost to the government's ongoing efforts since Brexit to market Ireland as a destination for international students.

Higher Education Minister Simon Harris said Ireland had an opportunity to grow as a third-level destination for overseas study as it was now the only major English-speaking country in the EU.

He said, "This will open up new opportunities to increase our share of students wishing to study in the EU.

"There will also be significant potential new opportunities to expand research collaborations and incomes and to attract increased international researchers.

"Brexit has posed many difficulties for this country, but it can create opportunities too and the new strategy will look at how we can develop those."

Meanwhile, it's emerged that hauliers are diverting U.K. imports through Northern Irish ports to avoid red tape and paperwork backlogs. That's according to the Irish Road Haulage Association, which blamed excessive paperwork at ports in the Republic for costing time and money.

The association’s president Eugene Drennan told the Irish Independent, "Nobody wants to go through the southern ports.  There is in effect an easier route through Belfast.  Dublin Port is suffering badly.  We are protecting the back door to the EU and there is a lot of paperwork.

"We must simplify the implications of the rulebook. The time lost is very significant."

As many as one in three businesses has now stopped transporting their products through Britain, according to the recent survey by Chartered Accountants Ireland.