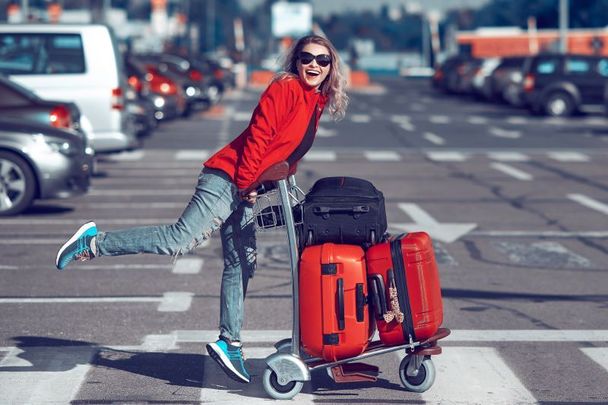 Dublin Airport. PLAY has announced low-cost flights between two US cities and Dublin, Ireland for this spring. Getty Images

Icelandic airline PLAY has launched ticket sales for flights to and from Boston and Baltimore / Washington, DC to Dublin for this spring.

Our amazing crew celebrated this major milestone on board as well ✈️ See you in spring Boston & Washington DC 🇺🇸 pic.twitter.com/HgVmU5o0JI

PLAY said in December that it has received all required permits to operate flights to the United States from the U.S. Department of Transportation and the Federal Aviation Administration.

To serve Boston and Baltimore/Washington, DC, PLAY will use new Airbus A320neo and A321neo aircraft. The airline says these aircraft "are known for having 10-15% lower fuel consumption and associated CO2 emissions compared to current single-aisle aircraft."

The airline described the US routes as a "significant milestone" and "marks the second phase of PLAY's business model by offering consumers the option to connect VIA Iceland between multiple destinations in Europe and North America."

Birgir Jónsson, PLAY’s CEO, said: “Travelers around the world are hungry to venture to new destinations and recent data shows that nearly two-thirds of Americans are planning their next vacations, with international destinations top of mind.

"We’re proud to expand PLAY´s service to the United States with services to and from Boston and Baltimore/Washington, D.C. offering both American and European travelers a new way to reach iconic destinations.

"With our reliable and affordable flights, travelers can better enjoy their destination rather than overspending on the flight to get there."