The British heiress who became an "IRA bombmaker"

Seán O'Driscoll's "Heiress, Rebel, Vigilante, Bomber" explores how Rose Dugdale went from the daughter of a Lloyds underwriter to an IRA bombmaker responsible for the largest bomb used. 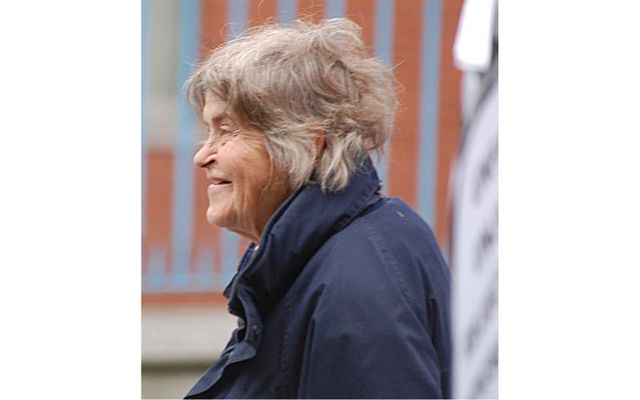 A new book has revealed that the daughter of a London millionaire gave up a life of luxury to become an IRA bombmaker, masterminding four separate attacks in Britain during the Troubles.

Seán O'Driscoll's "Heiress, Rebel, Vigilante, Bomber" explores how Rose Dugdale went from the daughter of a multi-millionaire Lloyds underwriter to a prominent IRA bombmaker responsible for the largest bomb used in the Troubles.

Dugdale, 80, who grew up in the affluent London neighborhood of Chelsea, was jailed for nine years for stealing art in an attempt to raise money to free IRA prisoners. However, O'Driscoll's riveting book reveals her alleged role as IRA bombmaker for the first time.

Partly based on interviews with Dugdale, the book claims that the heiress helped develop bombs that were used in an attack on the Baltic Exchange in 1992, which left three people dead.

The book also contends that Dugdale built a bomb for an attack on the London Docklands in 1996, leaving a further two people dead.

Dugdale told O'Driscoll that she was also responsible for a 2,500 lb bomb used in an attack on an Armagh barracks in 1991, which left three British soldiers dead. The heiress claimed that the bomb was the biggest ever built during the Troubles.

Dugdale was born to Eric and Carol Dugdale in 1941 and went on to study philosophy, politics, and economics at St. Anne's College in Oxford.

She quickly became involved in student activism and became famous after she gate-crashed the Oxford Union debating society dressed as a man to protest against the society's ban on women members.

She became increasingly radicalized by student protests that took place across the UK in the late 1960s, while a visit to Cuba and the events of Bloody Sunday in Derry were also influential.

Shortly after Bloody Sunday, Dugdale married the revolutionary socialist Walter Heaton and the couple were arrested a year later in 1973 for stealing £82,000 worth of art from her parents' estate in Devon as part of a bid to raise money for the IRA.

Dugdale received a two-year suspended sentence on the basis that she would not re-offend, while her husband received a six-year prison sentence.

Dugdale, who pleaded not guilty at the trial, denounced the sentences as capital injustice and disappeared to join an active IRA service unit.

In 1974, a famous oil painting was stolen from Kenwood House in London as part of an attempt to secure the transfer of IRA bombers Dolours and Marian Price to a Northern Irish prison.

Dugdale also reportedly posed as a French woman as part of a ploy to steal more valuable art.

Three valuable paintings were later found in a cottage Dugdale was renting in Cork, while further stolen art was found in the trunk of her car.

She pleaded "proudly and incorruptibly guilty" and was sentenced to nine years in prison for her part in the robbery.

She was released in 1980 and moved to Dublin, where she became a key part of the IRA during the later stages of the Troubles.

O'Driscoll's book claims that Dugdale played a crucial role in making bombs for the IRA, developing an alternative method of developing explosives by using icing sugar and nitrate fertilizer mix after the IRA's supply of Nitrobenzene began to run out.