British newspaper editor Roy Greenslade revealed in 2021 why he secretly supported the IRA and the Irish republican movement during The Troubles. 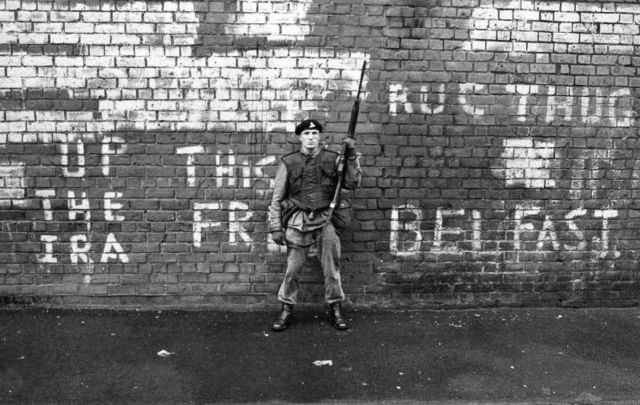 Roy Greenslade, a former Daily Mirror editor, a London Times senior editor, and later The Guardian media editor, has revealed his secret support for the IRA during The Troubles.

He also secretly wrote a column for the IRA newspaper, An Phoblacht, during the period.

Greenslade, who also served as assistant editor at the Sun in the 1980s and editor of the Daily Mirror in the 1990s, penned an op-ed in February 2021 explaining how he became sympathetic to the Irish republican cause during the conflict in Northern Ireland, including how he ended up writing for republican publication An Phoblacht anonymously.

Greenslade's Irish republican journey began in 1968 when he was working as a sub-editor for the Daily Mail in Manchester.

He said that he was oblivious to the reasons for the developing conflict in the six counties at the time, even though the Daily Mail's Manchester office was responsible for covering Ireland.

As violence began to escalate in 1969, Greenslade traveled to Northern Ireland for a "quick-fire educational tour" of Belfast and Derry and quickly became convinced by the Civil Rights argument.

Two years later, Greenslade fell in love with Donegal-born Noreen while working as a sub-editor for the Sun and said that he learned more of the conflict in Northern Ireland during a visit to her father's hometown in Carrigart. Greenslade became friends with future Sinn Féin Vice President Pat Doherty and his wife Mary during his visit to Carrigart and has remained friends ever since.

Then came the turning point for Greenslade and his support of the Irish republican movement.

On Jan. 30, 1972, British paratroopers shot and killed 13 peaceful protesters in Derry in an event that soon became known as Bloody Sunday.

The shootings inspired immediate outrage in Ireland and Britain and Greenslade and his girlfriend Noreen attended a protest outside No. 10 Downing Street.

Protesters attempted to place 13 coffins on the front steps of the British Prime Minister's residence but were pushed back by police, resulting in a large-scale riot, Greenslade said.

The former Daily Mirror editor said that he became angered by "preposterous" claims in British newspapers the very next day that labeled the protest as an "IRA demo".

"February 7, 1972, was the first day of my long silence," Greenslade wrote. "I knew that to own up to supporting Irish republicans would result in me losing my job."

He wrote that he decided to maintain his silence and keep his job as he "couldn't conceive of doing anything else". However, he simultaneously deepened his knowledge of Irish history and strengthened his links to the Irish republican cause.

Greenslade had misgivings about the IRA's bombing campaigns that left innocent people dead but accepted the need for an armed struggle.

"I came to accept that the fight between the forces of the state and a group of insurgents was unequal and therefore could not be fought on conventional terms. In other words, I supported the use of physical force," he wrote.

He became an assistant editor at the Sun in 1981, just before Bobby Sands and nine other republican prisoners died on hunger strike while campaigning for political prisoner status. He said that he was outraged by then-Prime Minister Margaret Thatcher's treatment of the hunger strikers and said that his republican sympathies deepened.

"Above my desk, I put up a photo of the first of the 10 to die, Bobby Sands, and it has remained there ever since. I regard him as a hero, as I do all of them.

"Now I was utterly convinced by the merit of the Irish republican cause."

Greenslade also began making irregular contributions to the republican newspaper An Phoblacht during the 1980s using the pseudonym George King. Most of his writing criticized the British Government "for dragging its heels" over peace negotiations and he condemned Thatcher for prolonging the conflict.

"There was a long stalemate. Army chiefs accepted that the IRA could not be defeated militarily; within the IRA there was a similar recognition that it could not defeat Britain militarily. Yet Thatcher was determined to take the military route, thereby prolonging the conflict."

Greenslade became editor of the Daily Mirror in 1990 and said that he did not feel compromised by his position.

"It was the only mainstream newspaper to have consistently urged the removal of British troops from the north of Ireland. I do not regard it as dishonest to have written covertly in opposition to the editorial stance of the papers for which I have worked. It was sensible and pragmatic."

Greenslade no longer felt the need to conceal his republican leanings as Northern Ireland moved toward peace in the 1990s and said that he regularly attended Sinn Féin party events.

"We are beyond war now. The weapons have been destroyed. The bombings are over. The soldiers have left. I wanted peace and played a very minor role as messenger at a crucial moment during the process itself. But I understand why the conflict occurred and do not regret my support for those who fought it. I am pleased at last to come out from hiding and explain myself to everyone."