The White House confirmed on Tuesday that US President Donald Trump will arrive in Ireland on June 5. 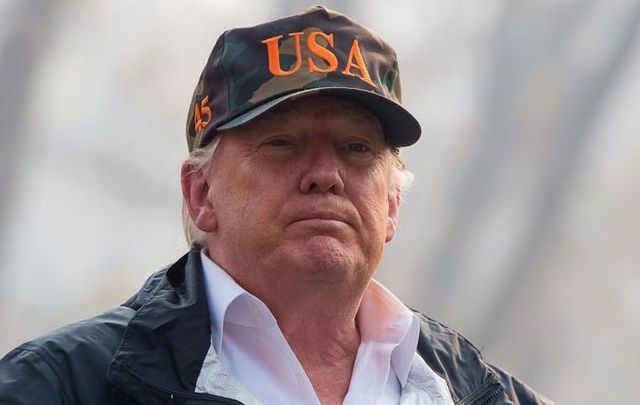 White House confirms on Tuesday that President Trump will arrive in Ireland on June 5.

US President Donald Trump is expected to arrive in Ireland through Shannon Aiport on June 5, the Irish Times is reporting.

President Trump is due to visit his golf club in Doonbeg, Co Clare, between June 5 and June 7, following a state visit in the UK.

Although the stopover in Ireland is not an official US state visit, the Irish Taoiseach (Prime Minister) Leo Varadkar is expected to meet with Trump while he drops into his Irish golf course. The Irish Times reports that Shannon Airport is being considered as a potential venue for the private meeting between the pair as White House and officials haggle over an appropriate location.

The White House is expected to make an announcement today.

Trump is due to arrive in Ireland on June 5, flying to France for D-Day commemorations on June 6 before returning to his golf club. The President will then return to the US on June 7.

A November 2018 visit to Ireland was ultimately postponed by the President last year and this will be the first time he has visited his Doonbeg club since being elected President in November 2016.

Trump last visited Ireland in 2014 where he was warmly welcomed by Irish politicians. Since his election, both Taoiseach Enda Kenny and Leo Varadkar have invited the president to Ireland during St Patrick's Day celebrations in D.C.

Update: At about 6 pm local time, The White House confirmed in a statement that President Trump and his wife Melania will arrive in Ireland on June 5:

"President Donald J. Trump and First Lady Melania Trump have accepted the invitation of Taoiseach Leo Varadkar of Ireland to visit Ireland while they are in Europe for a state visit to the United Kingdom and for events in the United Kingdom and France to commemorate the 75th anniversary of D-Day. The President and Taoiseach will hold a bilateral meeting in Shannon on 5 June."

Will you welcome President Donald Trump to Ireland? Let us know in the comments section below.