WATCH: The vice presidential debate between Pence and Harris tonight 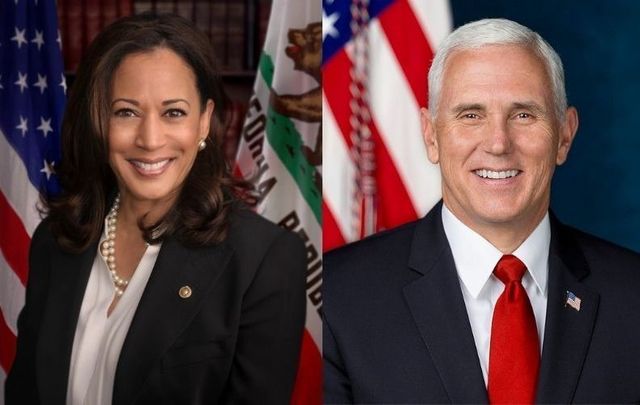 Vice President Mike Pence and Democratic vice presidential nominee Senator Kamala Harris are scheduled to have their first and only debate of their respective campaigns tonight, October 7, at 9 pm EST.

Pence and Harris will debate live from The University of Utah, Salt Lake City, in Utah. Susan Page, the Washington bureau chief for USA Today, will serve as moderator.

According to the Commission on Presidential Debates (CPD), tonight’s vice presidential debate will be divided into nine segments of approximately 10 minutes each. The moderator will ask an opening question, after which each candidate will have two minutes to respond. The moderator will use the balance of the time in the segment for a deeper discussion of the topic.

CPD adds: “As always, the moderators alone will select the questions to be asked, which are not known to the CPD or to the candidates. The moderators will have the ability both to extend the segments and to ensure that the candidates have equal speaking time. While the focus will properly be on the candidates, the moderator will regulate the conversation so that thoughtful and substantive exchanges occur.”

You can watch the 90-minute debate between Pence and Harris live here, courtesy of C-SPAN:

The vice presidential debate will see additional measures come into play in hopes of avoiding coronavirus, especially after President Trump was briefly hospitalized following his diagnosis of the disease that has killed more than 211,000 people in the US.

Vice President Pence was present at an event at the White House's Rose Garden on September 26 just before President Trump and a number of other administration members tested positive. Trump's team announced his diagnosis in the early hours of October 2, just two days after he debated with former Vice President Joe Biden on stage in Cleveland.

The day before the vice presidential debate, Pence's doctor said in a letter that Pence had continued to test negative for coronavirus and that he is not required to quarantine.

According to CNN, Pence and Harris will be seated more than 12 feet apart, plexiglass as barriers will be placed between the candidates, and everyone in the audience is required to wear a mask.