Three US Congressmen are visiting Dublin and Belfast this week for meetings on a range of issues, including the Good Friday Agreement, Brexit, Ukraine, and more. 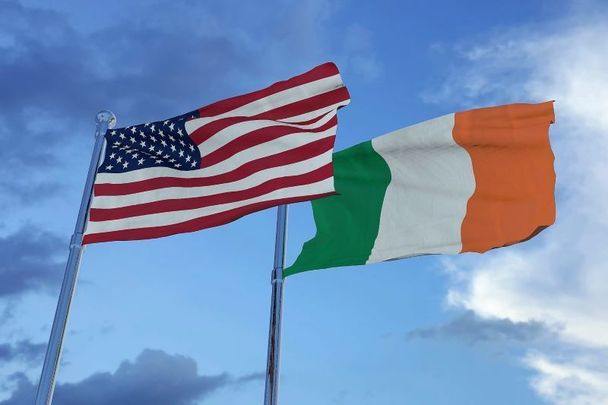 A US Congressional Delegation is visiting Ireland and Northern Ireland for the second time this year. Getty Images

US Congressman Bill Keating, Chair of the US House Foreign Affairs Subcommittee on Europe, Energy, the Environment and Cyber, and member of the Congressional Friends of Ireland caucus, is leading a Congressional Delegation visit to Dublin and Belfast this week.

This is the second US Congressional delegation to visit Ireland this year, following the visit of a delegation led by the Friends of Ireland co-chair Richard Neal in May.

This week I am leading a CODEL with my colleagues @RepJuanVargas and @RepBrianHiggins focused on US-Ireland and US-Uk relations as well as the continued resilience and importance of the Good Friday Agreement. pic.twitter.com/F4nbf7rSg0

On Thursday, November 10, the American delegation met with the Taoiseach Micheál Martin, who said afterward that the "US support for the peace process is strong and greatly valued."

Welcomed the US Congressional delegation, led by @USRepKeating, this morning as they begin their visit to Ireland and Northern Ireland. U.S. support for the peace process is strong and greatly valued. pic.twitter.com/erc51DDAN1

Later, the US delegation had a meeting at Ireland's Department of Foreign Affairs hosted by Minister of State for European Affairs Thomas Byrne. These meetings focused on Northern Ireland, Brexit, Russia’s war against Ukraine, the future of Europe and the transatlantic relationship, and the strong and enduring ties between Ireland and the United States.

The Congressional Friends of Ireland have done so much to support the Peace Process and develop the U.S.-Irish relationship.

Ahead of the US congressional visit, Minister Byrne said: “I look forward to meeting this US Congressional Delegation led by Representative Keating, and for the opportunity to discuss Ireland’s relations with the United States, including the vital role the United States has played in promoting peace on the island of Ireland, immigration and people-to-people links; and on our mutually beneficial trade and economic relationship.

“We will also discuss key international issues affecting Irish and American citizens, including Russia’s illegal and unprovoked invasion of Ukraine, and how Ireland can play a constructive role in strengthening the EU-US relationship now and into the future.”

Later on Thursday, the delegation met with Mary Lou McDonald, the President of Sinn Féin, in what Rep. Keating called a "fruitful discussion."

Fruitful discussion last evening with @MaryLouMcDonald on legacy issues, the Protocol, and US commitment to ensuring support for the Good Friday Agreement. pic.twitter.com/6QHlslXpnh

The delegation later visited Leinster House for a meeting with members of the Oireachtas, hosted by the Chair of the Joint Committee on Foreign Affairs and Defence, Charles Flanagan.

"In the face of Russian aggression in Ukraine, furthering inter-parliamentary exchange between our two democracies is vital," Keating said on Twitter afterward.

Finishing the evening, we met with a diverse group of legislators from the Oireactas hosted by the Chair of the Foreign Affairs Committee @CharlieFlanagan. In the face of Russian aggression in Ukraine, furthering inter-parliamentary exchange between our two democracies is vital. pic.twitter.com/4kCzBaQdcQ

On Friday, the US delegation headed to Northern Ireland,  where Speaker Alex Maskey hosted the group at Stormont in Belfast. Keating said on Twitter that the delegation hopes to see the restoration of power-sharing.

Grateful to @niassembly Speaker Alex Maskey for hosting us at Stormont. As we approach the 25th Anniversary of the Belfast / Good Friday Agreement, we shared our hope that we will soon see a restoration of power-sharing institutions in NI & a resumption of work in this chamber. pic.twitter.com/bCAj8RBxXX

Ireland's new Taoiseach to be rotated in next month after delay