The bill was passed in a unanimous vote. 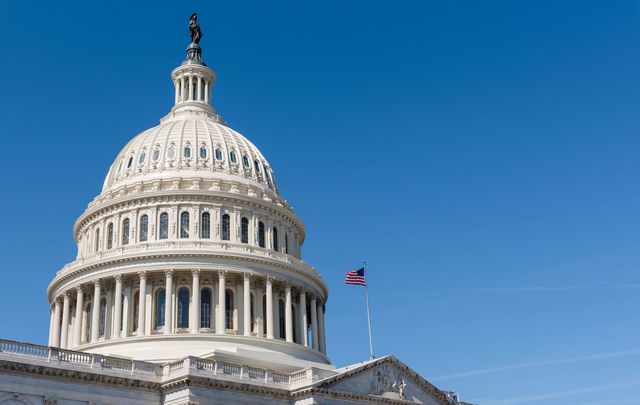 A bill pledging reaffirmed support for the Good Friday Agreement during Brexit negotiations was unanimously passed by the US House of Representatives.

The bipartisan resolution calls for strict adherence to the terms of the Good Friday Agreement as Brexit proceeds, passing by a unanimous voice vote on Tuesday evening.

The bill strongly opposes the introduction of a hard border in Northern Ireland post-Brexit and urges both the UK and EU to ensure that the area remains peaceful.

It also insists that any future trade agreements between the US and the United Kingdom following the later's departure from the European Union would adhere to the UK's Good Friday Agreement's obligations.

Today, the United States House of Representatives reaffirmed our nation's support for the Good Friday Agreement by passing H.R. 585. pic.twitter.com/EOFQ3mMHIx

"The United States played an important role in the signing of the Good Friday Agreement, a momentous achievement that has been largely responsible for the relative peace over the last two decades," Congressman Suozzi said.

"It is imperative that the United States do all that it can to not only support the Good Friday Agreement but prevent any return of a hard border," added Congressman King.

Speaker of the House Nancy Pelosi was among the high-profile voices to previously threaten the future US-UK trade deal if the Good Friday Agreement was jeopardized by Brexit.

“The Good Friday Agreement serves as the bedrock of peace in Northern Ireland and as a beacon of hope for the entire world.  After centuries of conflict and bloodshed, the world has witnessed a miracle of reconciliation and progress made possible because of this transformative accord," Pelosi stated in August.

“Whatever form it takes, Brexit cannot be allowed to imperil the Good Friday Agreement, including the seamless border between the Irish Republic and Northern Ireland, especially now, as the first generation born into the hope of Good Friday 21 years ago comes into adulthood.  We cannot go back.

“If Brexit undermines the Good Friday accord, there will be no chance of a U.S.-U.K. trade agreement passing the Congress.  The peace of the Good Friday Agreement is treasured by the American people and will be fiercely defended on a bicameral and bipartisan basis in the United States Congress.”

What are your thoughts on Brexit? Let us know in the comments section, below.