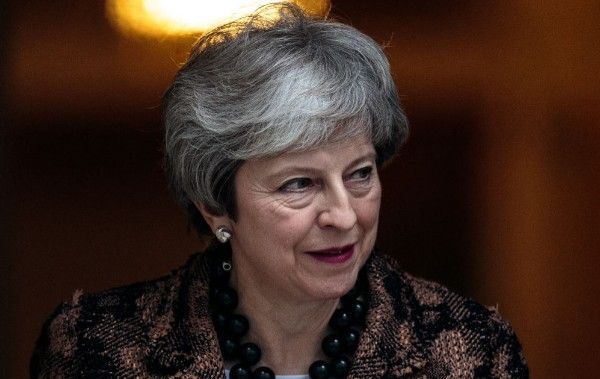 Prime Minister Theresa May insists she did want to change The Good Friday Agreement. Getty

Read More: Arlene Foster says the Good Friday Agreement is up for discussion

On Monday, reports were circulating that Prime Minister May was considering making changes to The Belfast Agreement, otherwise known as The Good Friday Agreement, ahead of Brexit.

However, while speaking in British Parliament on Monday, the Prime Minister slammed such notions saying: "All of us agree that as we leave the European Union we must fully respect the Belfast Agreement, and not allow the creation of a hard border between Northern Ireland and Ireland - nor indeed a border down the Irish Sea.”

"And I want to be absolutely clear in the light of media stories this morning: this government will not re-open the Belfast Agreement, I have never even considered doing so and neither would I.”

Last week, Theresa May’s plan to pull the UK out of the European Union met a crushing defeat when it went to a parliamentary vote.

At the center of the opposition to May’s plan for Brexit is the idea of a backstop, which could ultimately leave Northern Ireland, a member of the UK, indefinitely tied to the EU.

Time is becoming increasingly of the essence as the UK is scheduled to exit the EU on March 29th. As of now, there is no deal in place to dictate the terms of the exit.

Prime Minister May continued: “With regard to the backstop, despite the changes we have previously agreed there remain two core issues: the fear we could be trapped in it permanently and concerns over its potential impact on our union if Northern Ireland is treated differently from the rest of the UK."

Read More: British police being trained for deployment to NI in case of no-deal Brexit

"I will be talking further this week to colleagues, including in the DUP, to consider how we might meet our obligations to the people of Northern Ireland and Ireland in a way that can command the greatest possible support in the House," May said on Monday."

"And I will then take the conclusions of those discussions back to the EU."